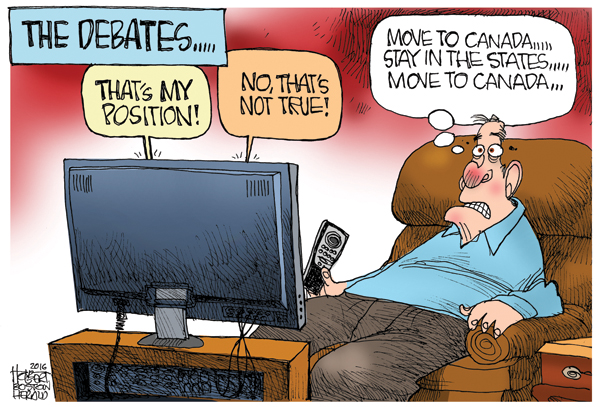 This local policy change is in accordance with the small government, individual freedom philosophy that used to be what conservatives stood for. This is why so many young people are turning toward libertarianism, which they view as a more pure form of political thinking.

This part of the questions had absolutely nothing to do with the case of Kenny Lane. It was just another attempt by Lane and Shelby to bash. There has never been an attempt to hide anything; these people are just so insecure that they always have to try and destroy those that are successful. … How about, “Wow, this man has worked hard even in pain. He never made excuses and never tried to get out of work.” Oh, yes, that would be positive so we can’t do that!

To quote the article: “City of Salisbury spokeswoman Linda McElroy said “no one person or specific entity asked for the deposition to be sealed.””

So are we to believe that Brad Kline, an attorney from Charlotte, decided to pursue this of his own volition? Or is no one from the city willing to own up to spending the city’s money in an attempt to seal a disposition that was already published online a week ago.

We elected you to defend the shores and stop the steady erosion of Americans’ personal liberty. We already have a Department of Health and Human Services. Start doing your job.

Thank you for your concern regarding the new drug epidemic. Let’s make sure that we treat the addicts medically and not within the criminal justice system. This is a public health issue like that of the crack cocaine and meth problems.

Kudos to you for tackling this issue. I think that the efforts being made on the heroin are great; however, more people can do more good with help from local law enforcement, involving them in cleaning up their neighborhoods.

There are “drug houses” in our community that continue to operate even though police know what is going on. What picture does that show to concerned citizens?

… One injured in head-on collision

That is a very bad intersection. There are at least one to two accidents a month — people not stopping completely to check for oncoming traffic. Does someone have to die before they put up a stoplight at that intersection?

You would think they would have one with all the school buses that come through there in the mornings and afternoons.

When they hit each other yesterday, it was like something exploded, it was so loud. We knew it was a wreck. Praying for all involved.

I’m so sorry to hear this news. Love Taylor Mattress and remember the company from my growing up in Salisbury. I last bought mattresses there for my mother back in 1986.

Love all my Taylor mattresses!

The prodigal son story just does not get old. Never heard it told quite like this, though. I like the part, “Come to yourself. Get up. Go to the Father. He will see you from a long way off.”

Reminds me of the saying, “Get up. Dress up. Show up and never give up.” Because God never gave up on you. Love your writings! Thank you

… ‘She is my angel’: Rescue is an answer to prayers

Ollie McKnight was my teacher in elementary school!

My fourth-grade and all time favorite teacher.

… My Turn: National debt weighs heavily on our future

The national debt is all the dollars spent by the federal government that have not yet been used to pay federal taxes. Nothing more. The so-called federal debt is:

A. Unlike personal debt

B. Not a burden on the federal government or taxpayers

C. An interest-earning asset for the economy.

Please, relent with the scare mongering!

What entitlements are you talking about? If you believe Social Security is an entitlement, you are wrong. It’s an earned benefit.

… Letter: Open your eyes and you’ll see why Trump is carrying day

Funny that you mention Obamacare, when Trump has historically been an admirer of socialized medicine:http://www.politifact.com/…/donald-trump-wants-replace…/

Truth is that Trump is not a liberal, nor is he a conservative. He is an opportunist who manipulates and works whomever he believes will give him what he wants. He sees the Republican Party as divided and weak, and something he could exploit. That is why he is “carrying the day” with only around 33 percent of Republicans supporting him.

His views on issues have shifted more often than the wind changes directions, and i’ts often whomever his audience is. The link I shared is a good example of that, as it shows the evolution of his views as he’s positioned himself to run for the GOP nomination. Trump is the truest definition of “RINO” (Republican in name only). but that’s an insult to most of whom the Tea Partiers have given that label.

As disappointing as the decision is, at least the compromise offered by the association’s executive committee seems to be a reasonable concession. It avoids punishing individual student athletes who didn’t actually participate in the fighting.

Burr is a RINO so it doesn’t surprise me that he won’t debate. He just ran as a conservative and since being elected he has been anything but conservative. It is past time for him and McConnell to go.

Burr is sitting in a cushy job, does not believe in term limits. Has all the protection that Congress has provided for themselves. Does not want anyone rocking his boat.

Congress had better wake up, look what Trump has and is doing. Professional politicians are on their way out.

Burr is in my district. I voted for him last time but will not this time. I agree he has an easy job in DC and he is not keeping in contact with us, his constituents. I want to know when Brannon is coming to Winston Salem. I want to meet and hear him speak. I think I like him, but I need to know more.

This is truly wonderful. So glad that y’all gave this sweet man a great Birthday. Jamie and Brandon are wonderful people.

My 6- and 7-year-olds are beyond blessed to have this sweet man as their Great Grandpa! We are all lucky to have him in our lives! Wahoo’s, thank you for treating him so special!

The bulk of the problem is big bags of trash blowing out of trash and dumpster trucks. Bits and pieces here and there are bad enough, it’s usually big bags that spill large amounts of trash along the road. I work along Jake Alexander and can usually tell when the trash trucks have come around. It’s atrocious.

I’ve seen trash blow out of the beds of pickups. I wonder if you get a ticket for that or just a warning? It’s best not to use the back of one’s pickup as a trash can.

McCrory signed a bill a few years back whereby counties could use landfill funds for roadside cleanup. One would think a county could also use recycling funds and community service workers to do the same. …

I commend all the property owners, state workers and Adopt-a-Highway individuals who work to keep North Carolina beautiful by picking up trash. Thanks!

Well, it almost looks like it was drawn for Brock.

… Stolen guns: where they end up

Protect your gun from being stolen, wear it!

… Leonard Pitts: What happened to the center?

Wait, what? President Obama is a center-left pragmatist? Whither truth?