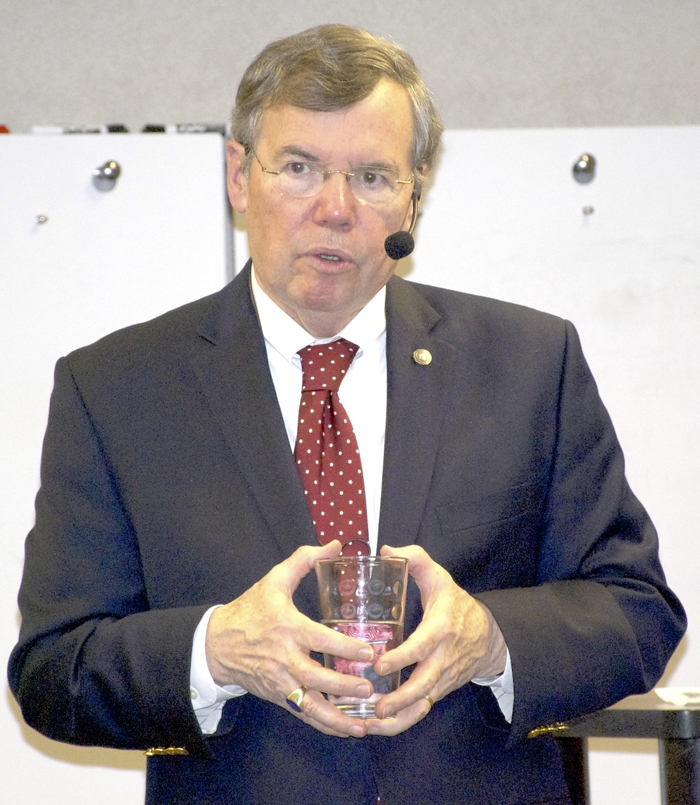 In 1962, a woman named Rachel Carson sparked a legacy of environmentalism when her book “Silent Spring” exposed the hidden world of chemical toxicity. Most famously, “Silent Spring” is known as the catalyst for the ban of the chemical DDT in the United States.

During World War II, DDT was popular because of its effective use in killing mosquitoes to stop the spread of diseases. Despite the chemical’s ban due to its harmful effects on birds, the chemical is still being used to fight insect-borne diseases in other parts of the world. DDT is being used in South American countries for the same purposes as World War II — but this time to fight off the Zika virus.

Rachel Carson’s legacy of fighting for the environment through her books and studies continues today through the Rachel Carson Council (RCC). The RCC was found in 1965, after Carson’s death, to promote human health through environmental advocacy. The current CEO, Robert Musil, spoke at the Center for the Environment at Catawba College on Feb. 11 about why Rachel Carson would have been so interested in North Carolina today.

Currently, the RCC is studying and working on solutions for the industrial hog production waste problem by talking with lawyers and lobbyists here in North Carolina. This is because the two most concentrated counties of hog production in the United States are Sampson and Duplin counties, both in southeastern North Carolina. Musil claimed that Rachel Carson would also be very concerned with the issues of fracking, coal ash ponds and the prospect of oil drilling off the North Carolina coast.

To close his talk, Musil said, “All I ask of you tonight is to give your entire lives” to protect this Earth and yourselves. He laughed at how ridiculous this may have sounded, despite its truth. Musil says that there will always be something trying to pollute our Earth and that we must constantly be willing to fight for it, and the Rachel Carson Council is trying to help.

Psychologist: Maurice Robinson did not have intellectual ability to…