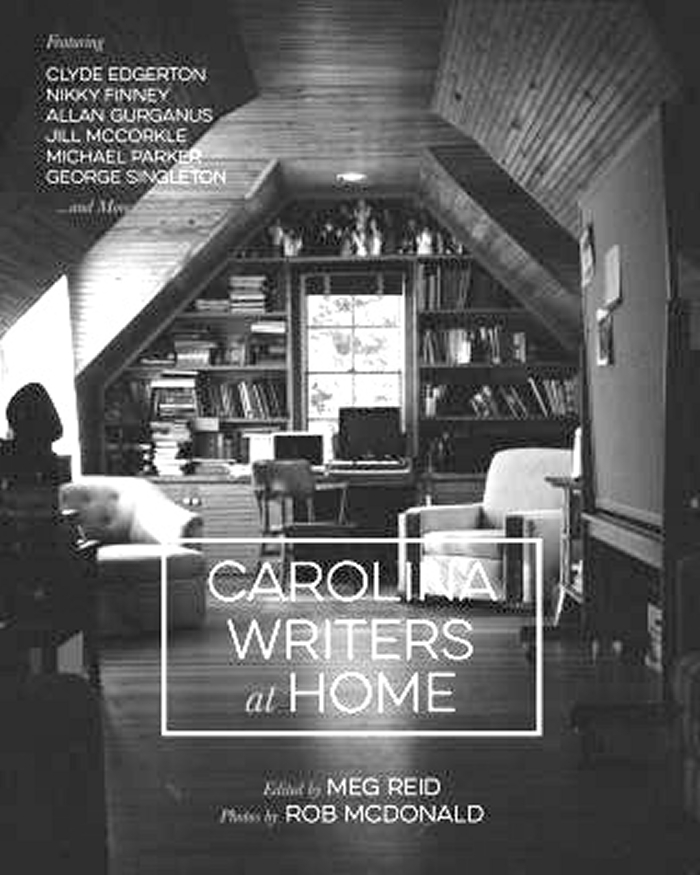 Meg Reid, editor of "Carolina Writers at Home,' will speak at the Rowan Reading Rendezvous.

Sometimes things fall together so unexpectedly that one has to take a step back and say, “Really?” Actually, what I said to author Elizabeth Cox was “May I say ‘WOW. Really!’ Honestly, I did not realize that Mr. Curtis was your husband, though I did know he was fiction editor at The Atlantic, which is my wife’s favorite magazine. …”

It was shortly after this point that I decided without a qualm that Curtis would be the morning RRR 2016 keynote speaker, and he graciously agreed. His talk, scheduled from 11:40 to 12:20, will be “Choosing Fiction,” something for which he may be the most qualified to discuss. It is a presentation that demands not to be missed, and one which may end up guiding you in your reading for the rest of your life.

Curtis has also edited a number of anthologies over the years, the most recent being “Expecting Goodness & Other Stories: The Essential Fiction of Spartanburg,” published by Hub City Press.

This anthology will be for sale at RRR 2016 and possibly several of his others, which include “Faith Stories: Short Fiction on the Varieties and Vagaries of Faith,” “God Stories, Contemporary New England Stories” and “Contemporary West Coast Stories.”

The 12:30 p.m. panel will be Writers at Home and Their Writing. Meg Reid is the editor of the Hub City Press book “Carolina Writers at Home,” in which 25 writers from the two Carolinas write about where they live.

The book includes 110 black and white photographs by the acclaimed photographer Rob McDonald, and will be available in both hardcover and paperback editions at the event. Reid is an editor of many other things as well as a nonfiction writer and essayist. Her work has appeared in Rumpus, The Oxford American, Fringe and other journals and magazines. A graduate of the MFA program at UNC-Wilmington, Reid is the assistant director of Hub City Writers Project and Press and designs all Hub City covers of books.

Joining Reid for the panel will be three authors who are included in “Carolina Writers at Home,” Cox, Joseph Bathanti and Josephine Humphreys. It is not an accident that these three writers are somewhat the elder statesman of this year’s guest author list.

Since her first poem was published in the late 1970s, Cox’s stories and poems have appeared in a number of regional and national journals and magazines. Cox taught at Duke University for 17 years, now teaches at Wofford, and has also taught at a number of other colleges and universities on this side of the Mississippi.

Cox is the author of four novels and one collection of stories, “The Slow Moon,” “Bargains in the Real World,” “Night Talk,” “The Ragged Way People Fall Out of Love” and “Familiar Ground.” “Night Talk” won the Lillian Smith Award given by the Southern Literary Council and was a finalist for the IMPAC Dublin Literary Award. In 2011, Cox received the Robert Penn Warren Award for her body of work, and the same year she was inducted into the Fellowship of Southern Writers, joining such writers as Shelby Foote, Flannery O’Connor, Ernest Gaines, Walker Percy and Eudora Welty.

Cox graduated from the MFA program at UNC-Greensboro with her degree in poetry. She went on to write many stories and the novels, but never stopped writing poetry. That poetry, just like her short stories, has appeared in a wide variety of journals, magazines and anthologies. For her part of the panel, Cox will read a bit from her essay and then talk.

Bathanti may be best known as North Carolina’s Poet Laureate 2012-2014, and he may be known mostly for his poetry, but he is also an accomplished novelist and essayist. Bathanti is the author of eight poetry collections, the most recent being “Concertina.” “East Liberty” was his first novel, published in 2001, and he did a book signing in Salisbury at Literary Bookpost. “East Liberty” will be re-issued in April.

He also wrote the Novella Press Award novel “Coventry,” and, more recently, the novel “The Life of the World to Come,” published by University of South Carolina Press. “The High Heart,” a collection of stories, was published in 2007. Bathanti’s book of essays, “Half of What I Say is Meaningless,” was published in 2014.

Bathanti grew up in Pittsburgh, and after receiving his MFA from University of Pittsburgh joined VISTA — Volunteers in Service to America, sort of like a domestic Peace Corps. VISTA sent him to North Carolina to work in the state prison system, and he never left North Carolina.

During his year with VISTA he met another volunteer, the woman who would become his wife, and ended up teaching at Central Piedmont Community College in Charlotte, beginning his academic career. he is now at Appalachian State University. Along the way, Bathanti has received numerous awards and honors including his designation as Poet Laureate, The Spokane Prize and the Sherwood Anderson Award.

Award-winning writer Josephine Humphreys is the author of four novels, the most recent being “Nowhere Else on Earth,” her only historical novel and based on a true event set in the Lumbee settlement area of Robeson County. Humphrey’s other novels include “Rich In Love,” which was made into a movie by the same name; “The Fireman’s Fair” and “Dreams of Sleep,” which won the Hemingway Foundation PEN Award. Humphreys has received a Guggenheim Fellowship, the Lyndhurst Prize, and the American Academy of Arts and Letters Award in Literature.

Humphreys studied under the late Reynolds Price while receiving her AB degree at Duke University before pursuing graduate work at Yale and University of Texas. She was in Salisbury as a guest author for the Brady Author’s Symposium in 1988.

One cool thing that attendees at Rowan Reading Rendezvous 2016 can do if they buy a copy of “Carolina Writers at Home” is to have the three authors attending sign their writings about their houses. Last year, at RRR 2015, four authors covered in the book were here. So carry “Carolina Writers at Home” around with you to other events and back next year to RRR 2017 and see how many signatures you can get in your copy of the book.

Remember, Rowan Reading Rendezvous 2016 takes place 10 a.m.-4 p.m. on Saturday, March 12, and will be held this year on the lower level of the new Faith Center at St. John’s Lutheran Church due to the Rowan County Board of Elections using the library space for the primary elections.

RRR 2016 is free and open to the public. Plan on spending the day with fine authors from around the Carolinas and readers from the region. And do remember, only books purchased at the event may be brought into the author event areas. For the Love of Music, A Valentine’s Day Concert