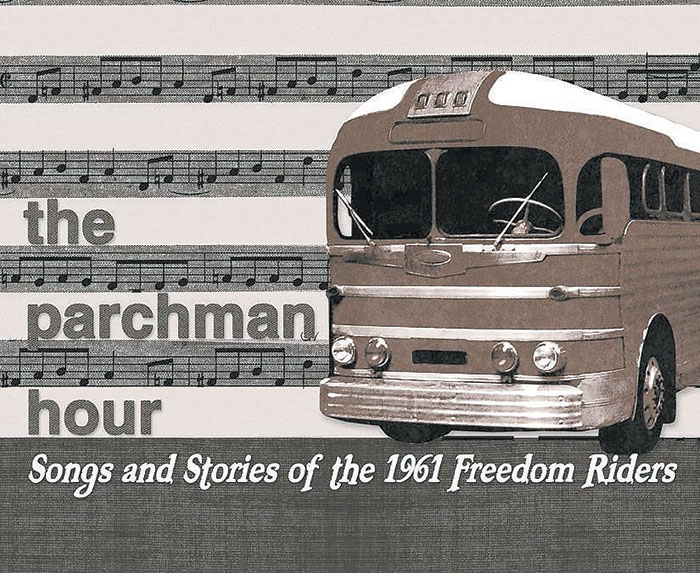 In the summer of 1961, the Freedom Riders boarded buses to desegregate Southern interstates.

Those buses were bombed and attacked, the Freedom Riders beaten and jailed. Yet more and more riders rose to take their places. Hundreds of riders took to the interstates, and more than 300 riders were at one time held at the Mississippi State Penitentiary, also known as Parchman Farm.

The play is a documentary theatre production, a fact-based performance composed using archival materials. It was conceived, written and produced by Mike Wiley, a 1995 graduate of Catawba College. Wiley, who has written seven other plays highlighting the African American experience — including “Blood Done Sign My Name” — has an MFA degree from the University of North Carolina. He travels the country performing these plays, some of which are one-man shows with multiple roles.

When the Freedom Riders found themselves imprisoned, they came up with skits and songs to pass the time, coming up with a variety style program they would’ve heard on the radio.

“We did this every evening, as I recall,” said Mimi Real, one of the 1961 Freedom Riders. “It gave us something to do during the day, thinking up our cell’s act for the evening.”

The play was written in 2011 to celebrate the 50th anniversary of the Freedom Riders. This is just the third time it’s been presented.

“This play gives you an example of what people can accomplish together, what the human spirit can endure,” says Justin Dionne, Lee Street’s managing artistic director.

“You’ll leave the theater with more understanding about race relations, and hopefully a willingness to have a more open conversation about it,” Dionne says. “I think it’s important to do plays that are fun and entertaining, but the theater also has a responsibility to serve the community.

“If anyone thinks there are no challenges with race in the Salisbury-Rowan community, they’re not paying attention.”

“My hope is after seeing this play, people will look to the Civil Rights leaders in the Salisbury community,” says Wiley, who’s based in Pittsboro. Local residents integrated the lunch counters, the bus stops, the movie theaters. He hopes that play-goers will want to know more about local efforts in the Civil Rights movement — and to look forward.

“We certainly have made progress,” he adds. “There’s no denying that. But I want to open hearts and minds to remember how hard and difficult the fight was to secure basic human rights.”

With recent violence nationwide in race relations, Wiley urges people of all races to stand up and say, “Enough is enough. We’ve come too far to turn back now.”

Wiley is a native of Roanoke, Va., whose guidance counselor graduated from Catawba, and thought it would be a good school for him, too. It was.

“I still have friends from Catawba and we get together several times a year,” Wiley says. “It’s lovely.”

Dionne notes that the play portrays the violence and language of the time period, and that the “n” word is used throughout.

Wiley admits that the topic of race relations can be heavy.

“But this is a fun musical that just happens to work its way through some dark days,” he says. “There’s plenty of light and hope in the play.”

He adds, “I love my job. It’s an amazing job. I like to think I’m opening hearts and mind through humor and music.”

Tickets for “The Parchman Hour” are $15 for general admission seating. Call 704-310-5507 to purchase tickets, or visit www.leestreet.org.