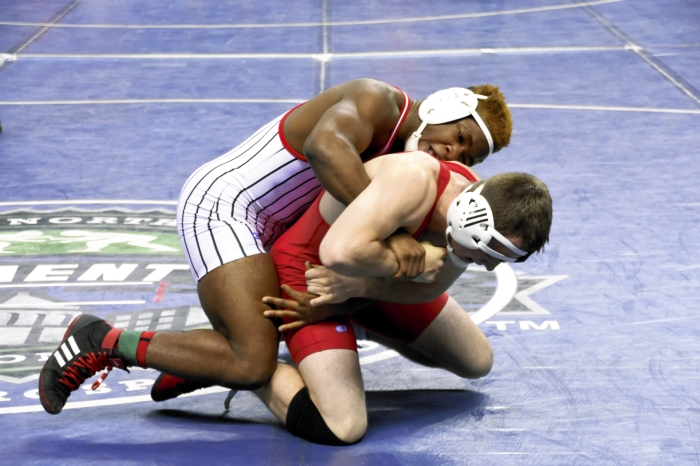 Clark, who finished sixth in the state’s 2A 160-pound class last year, beat Franklinton’s Jacob Coats in Friday’s first round and in Saturday’s consolation semifinal before dropping the third-place match.

Clark, who wrestles at the 152-pound weight this season, was pinned by top-ranked Issac McMillian of Forbush Friday night in the semifinals to drop into the loser’s bracket. He rebounded by taking a 4-2 decision against Coats to reach the third-place match. This came after a tight, 7-6 win against Coats in the first round.

In Clark’s last match, Patrick Burton of North Brunswick got two points for a takedown to take a 2-1 lead and never let Clark get back in it. Burton went on to win, 10-6.

Clark finished his senior year 35-9 and was an All-Rowan County selection.

“I didn’t go out how I wanted to,” Clark said. “But for my senior year, I’d rather walk out of here with something rather than nothing.”

Wall won the fifth-place match, 8-1, against Tyler Spurling of East Gaston. Wall, a two-time county champion, rebounded after losing the consolation semifinal Saturday morning. Wall, who plays football and track for East, was assertive early and never let Spurling get in contention. Wall ended his junior year with a 46-8 record.
“I wasn’t going to lose again,” Wall said. “After the last match, I was kind of ticked off.”

Wall was also All-Rowan County and was chosen most valuable in the county meet.