Food in the news: True colors will grace your food 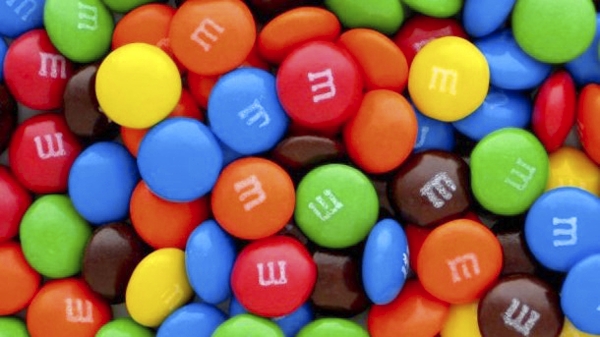 M&Ms is going to switch to natural colors.

Your M&Ms may get dull.

That’s because Mars, the ginormous candy company, has announced that it will remove artificial colors from all of its human food products over a period of five years.

In a press release about the change, Mars announced that it’s ditching all artificial colors as “part of a commitment to meet evolving consumer preferences.” The company states that though artificial colors do not pose risks to humans, it is now working on ways to develop vibrant natural colors for candies like M&Ms, Skittles and other products.

Other companies have already jumped on the bandwagon. Earlier this year, Kraft announced its Macaroni & Cheese will no longer be so orange when they switch to natural colors. General Mills is also ditching synthetic dyes for its foods, especially cereals, meaning your Trix will be a paler version in future.

The FDA says artificial colors do not warrant warning labels or cause health problems, but consumers perceive the dyes as a problem. FD&C Red 40 puts people off. A global Nielson poll in 2015 found that 42 percent of consumers believe a lack of artificial colors is very important.

Here’s another fast food bomb, according to the Healthy Eats blog on foodnetwork.com — the Keep Calm and Caesar On salad at McDonald’s contains baby kale, a superfood, but wait — it also has fried chicken, Asiago Caesar dressing and “real parmesan petals” — and more calories than a Double Big Mac.

That little salad has a whopping 730 calories, 53 grams of fat and 1400 milligrams of sodium, which also beats the Double Big Mac.

You can help yourself a little by asking for grilled chicken and no dressing, or go ahead and get the double Big Mac.

Ben & Jerry’s is now making a line of nondairy “frozen desserts.” You could call it vegan ice cream.

Now vegans can enjoy Chunky Monkey and Chocolate Fudge Brownies, along with Coffee Caramel Fudge and P.B. & Cookies. without worry about animal products.

Ben & Jerry’s says the desserts have similar consistency and taste, but are also slightly lower in calories and sugar than regular ice cream.

A registered dietitian from New York City says that some of the ingredients in the new ice creams, such as pea protein and coconut oil, are also good to see.

Let your tastebuds be the judge.

Planning a getaway? The library has some great tips…