Editorial: Round two at Freightliner 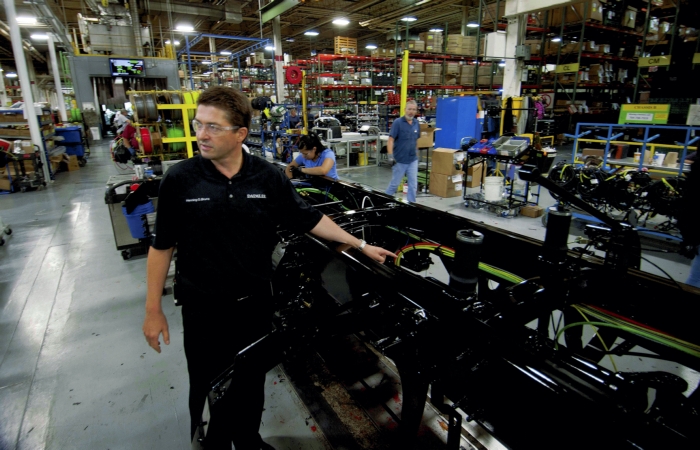 You can’t blame a company for responding to market conditions. But the second round of layoffs in two months at Freightliner’s Cleveland plant is  particularly disheartening for employees who were reassured in January that the layoffs were done.

Orders for new heavy-duty trucks fell dramatically in late 2015 and plummeted again in January. The entire industry is feeling the pinch.

Now, on top of January’s 936 job cuts, the plant will lose 550 more positions — a vivid reminder of the heavy-duty truck business’ volatility. Orders fluctuate dramatically, and employment expands and contracts accordingly. The Cleveland plant’s workforce dropped below 1,000 during the recession and had built back up to about 3,000 last year, with some ups and downs in between.

That’s small consolation to people who now face mortgages, car loans and everyday living expenses without a Freightliner paycheck. Some had been working at the plant as long as 14 years.

Locally, the newly laid-off workers have missed the job fair that local agencies put together after the January cuts, and registration for spring semester at Rowan-Cabarrus Community College has passed. But they may still benefit from other measures  the United Way coordinated to help ex-Freightliner employees.

Let’s hope the forces driving these “temporary” layoffs do not sidetrack the investment Freightliner announced last year it planned to make in a new vehicle logistics center at the Cleveland plant. Gregg Edds, chairman of the Rowan County Board of Commissioners,  pointed out that the nearly $38 million investment the company intended to make was the equivalent of 304 new middle-class homes in property tax revenue for the county. The expansion, however, would not generate the demands on schools, law enforcement and other services that might come with 304 more families.

Freightliner is still one of the largest heavy truck manufacturers in North America, and its trucks are highly rated. In Rowan County, the company has provided good jobs for thousands of people through the years. Sales will rebound in due time — the sooner the better for the company, its employees and the Rowan County economy.