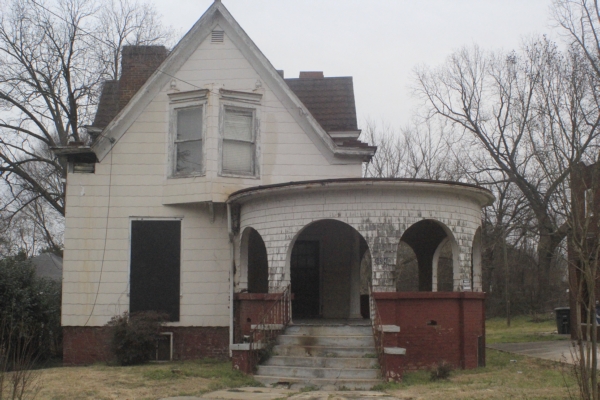 This house at 624 W. Monroe St. will be the first renovated under an agreement between two local groups.

1. Bids for a new Rowan County EMS station came in $268,000 over budget. Where is this new EMS station supposed to be built?

2. Renovations have begun on the Rowan County-owned West End Plaza, which was formerly Salisbury Mall. These initial renovations will repair portions of the roof and provide new offices for what two agencies?

A. The Rowan County Animal Shelter and Department of Social Services

C. The Rowan County Board of Elections and Veterans Services

3. Granite Quarry Elementary School received a $4,000 grant that will provide what special health services for 80 of its students?

4. The N.C. Middle District Court has declared that two N.C. congressional districts, the 1st and the 12th, were unconstitutionally drawn through racial gerrymandering. The 12th District touches parts of Rowan County. Who is the current U.S. representative for the 12th? District?

A. A vocational/technical school

B. A charter school

6. The funeral was held this past week for former State Sen. Paul S. Smith. Which one of these positions did the always-active Smith not hold over his lifetime?

7. A new partnership between what two entities aims to revitalize six houses on West Monroe Street?

A. The city of Salisbury and the West End Community Organization

8. Rowan-Cabarrus Community College is facing a smaller budget and staff cuts for the 2016-2017 school year because of declining enrollment. RCCC has had an estimated enrollment drop of how many students?

9. The J.C. Price American Legion Post has looked to the city of Salisbury to take responsibility for what kind of problems on the legion property?

B. Cracked sidewalks in front of the legion building

C. Cracks in the parking lot

10. Travis Morehead is the new executive director for what organization?

B. Rowan County Chamber of Commerce