OK Wigs going out of business 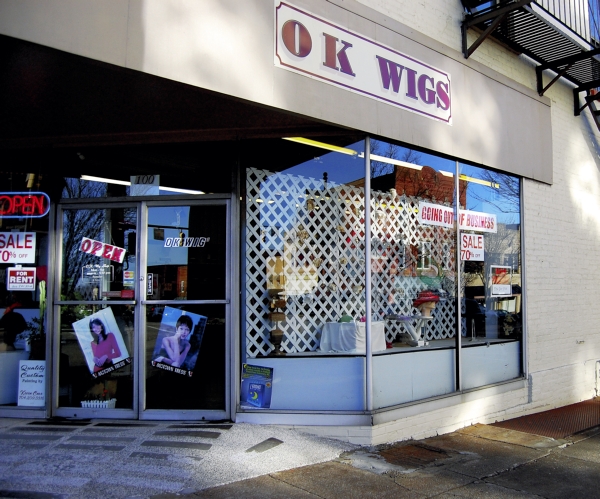 Amanda Raymond/Salisbury Post After more than 40 years of business, OK Wigs, at 100 S. Main St., is going out of business.

Kap Yang moved to the U.S. from South Korea in 1971. He first lived in Washington D.C. During a trip to Miami, he happened to come through Salisbury.

Yang liked Salisbury so much that he decided to move here and open a wig shop in 1974. That shop is the OK Wigs on 100 S. Main St.

“I liked Salisbury,” Yang said. “Somebody said this store (was for sale). I bought this one and started my business.”

Now after almost 42 years of business, Yang has decided to put the place up for rent.

“Our age is too old now,” he said about himself and his wife, laughing.

OK Wigs has been a staple in the downtown area for decades. The shop offers wigs and other beauty supply products. More than a dozen mannequin heads sporting wigs and hats used to sit in the storefront window; now only a couple remain and have been joined by “Clearance Sale” and “For Rent” signs.

Yang said he hoped one of his four children would have taken over the shop, but they have their own lives. One is a doctor, another has a government job. One lives out in California.

“Nobody is here to take over,” he said.

All of his kids graduated from Salisbury High School, and it was the wig shop that helped put them through college.

Yang said he plans to retire after the shop’s space is rented out. Though he said he has enjoyed the business, he is ready to relax, take trips and play golf.

And after all this time, Yang said he and his wife plan on staying in Salisbury.