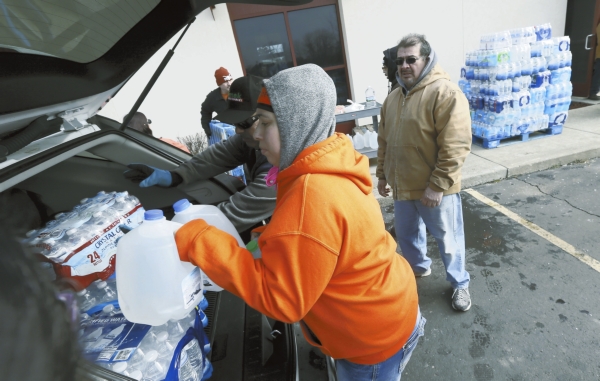 Volunteers load a vehicle with bottled water in Flint, Mich. People all over the country — including in Salisbury — are sending water to residents fearful of Flint’s corrosive water. AP photo

“I’m willing to do almost anything to help because I would never want to be in that situation.”

for the residents of Flint, Mich.

“If we have a sun, why are we burning our natural resources for energy?”

“The point is, if we didn’t create the situation, we shouldn’t be responsible for the solution.”

“It’s gerrymandered and it’s always been. The Democrats were in control for 140 years. The Republicans drew the maps one time and it’s a problem.”

“The one thing I learned from Paul (Smith) was you should listen twice as much as you speak.”