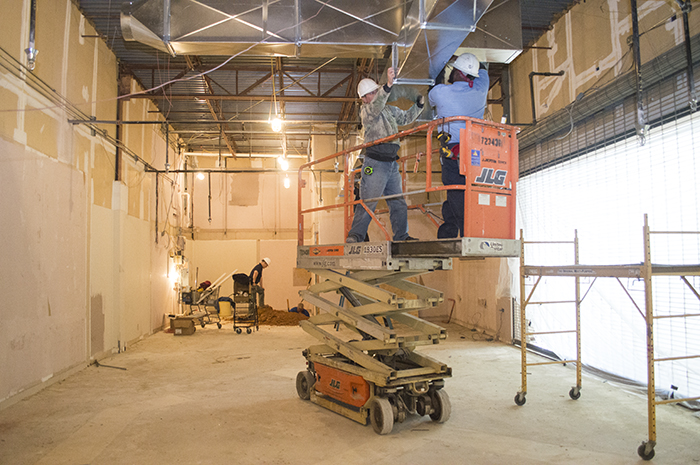 Josh Bergeron / Salisbury Post - Construction crews on Thursday work on an HVAC system in the foreground and install pipes for a toilet in the background of a space that will house Rowan County Veterans Services.

Interior work at the site includes renovating space for the Rowan County Board of Elections and Veterans Services. Contractors have also been hired to replace portions of the roof.

The total cost of phase 1 construction — Veterans Services, Board of Elections and roof replacement — is nearly $1.8 million.

Rowan County Commissioners purchased the former Salisbury Mall for about $3.4 million in late 2013. It has been renamed to West End Plaza. County officials plan to use most of the facility as office space.