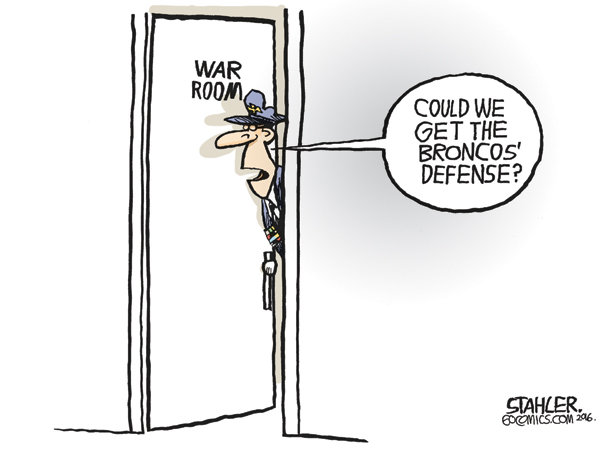 It was as if Cam Newton was intent on taking his magical season, his jumping jacks and dabs and evident leadership, and poking a hole in its side. He let his charisma and leadership drain away, to be replaced by a soup of the sour and the petulant. And in doing so, he confirmed the judgment of more than a few Broncos defenders, who spoke afterward of trying to push him off his game psychologically.

The postgame news conference can be a numbing rite of passage, when aching and bruised men must take a round of questions before leaving their season in the rearview mirror. Some questions can be cringe-worthy, although most are matter-of-fact. The Panthers rookie wide receiver Devin Funchess took question after question. “It was playoff ball, man, they exploded off the ball,” he said. “It hurts.”