Meeting up with a proud Bronco dad 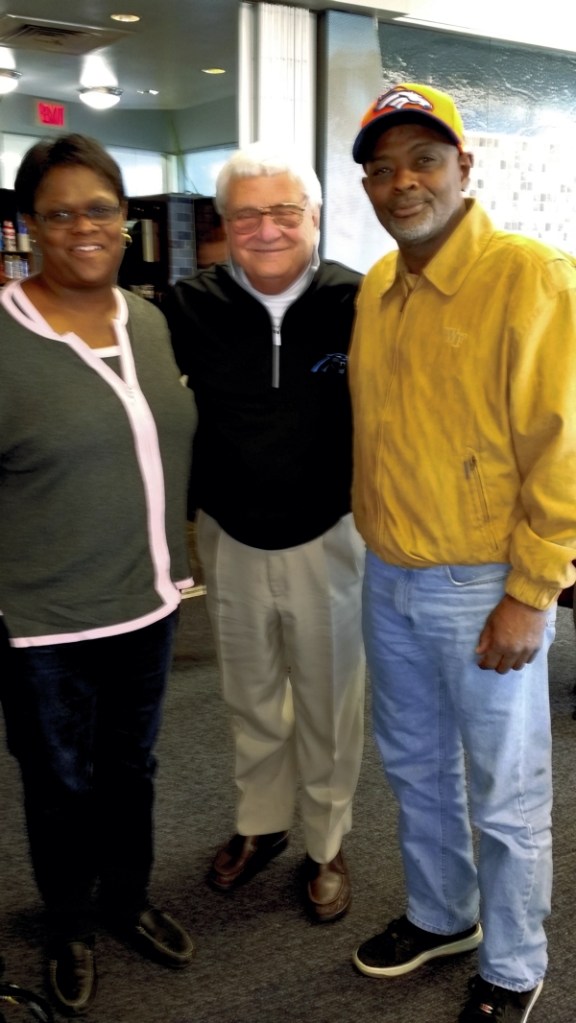 Submitted photo On his way to the Super Bowl, Buddy Poole, center, met Janet and Anthony Bush of Tyro. The couple's son, Josh, plays football for the Denver Broncos.

We flew out of the Charlotte airport at 6 a.m. Thursday and landed in Houston for our connecting flight to the Super Bowl in Santa Clara around 8:45 a.m. We met many Panther fans on the plane who were from Mooresville, Albemarle and Charleston, S.C.

We also talked with some Bronco fans from Tyro in Davidson County — Anthony and Janet Bush and their family. They were wearing Denver Bronco hats and shirts.

“He put it all together so we could enjoy the Super Bowl as a family,” Anthony Bush said.

Anthony is a humble man, and as we shook hands, I could see what a great dad he is.

His parting words were, “I never thought I would have a chance to go to the Super Bowl —  and to see my son play, well, God has been good to me.”

Buddy Poole operates Salisbury’s WSAT 1280 AM, which is part of the Carolina Panthers’ broadcasting network. He and his wife, Diane, will be at Super Bowl 50, and Buddy is sending dispatches from their trip. The game Sunday pits the Panthers vs. the Denver Broncos.