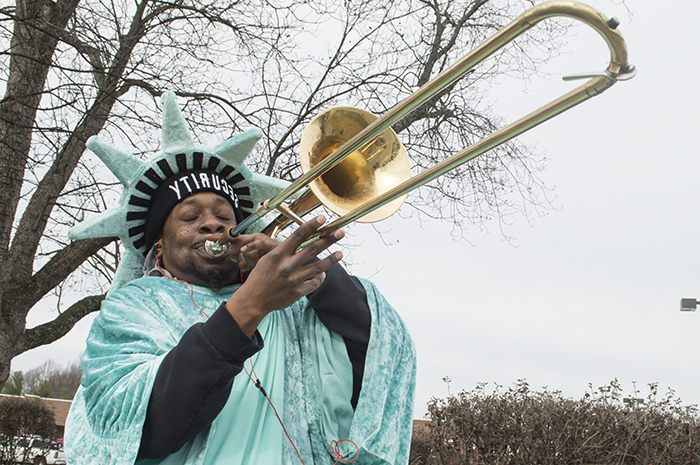 Livingstone College student Tonaka Phillips on Thursday attracted ample attention from passersby as he stood near the intersection of Statesville and Jake Alexander boulevards.

With Trombone in hand, Phillips blasted out tunes that carried a half mile or more. The musical melodies combined with his Statue of Liberty outfit drew thumbs up from drivers and too many car horns to count.

Phillips, an employee of Liberty Tax Service in Salisbury, said he plays in Livingstone’s band. This year is his fourth working during tax season.