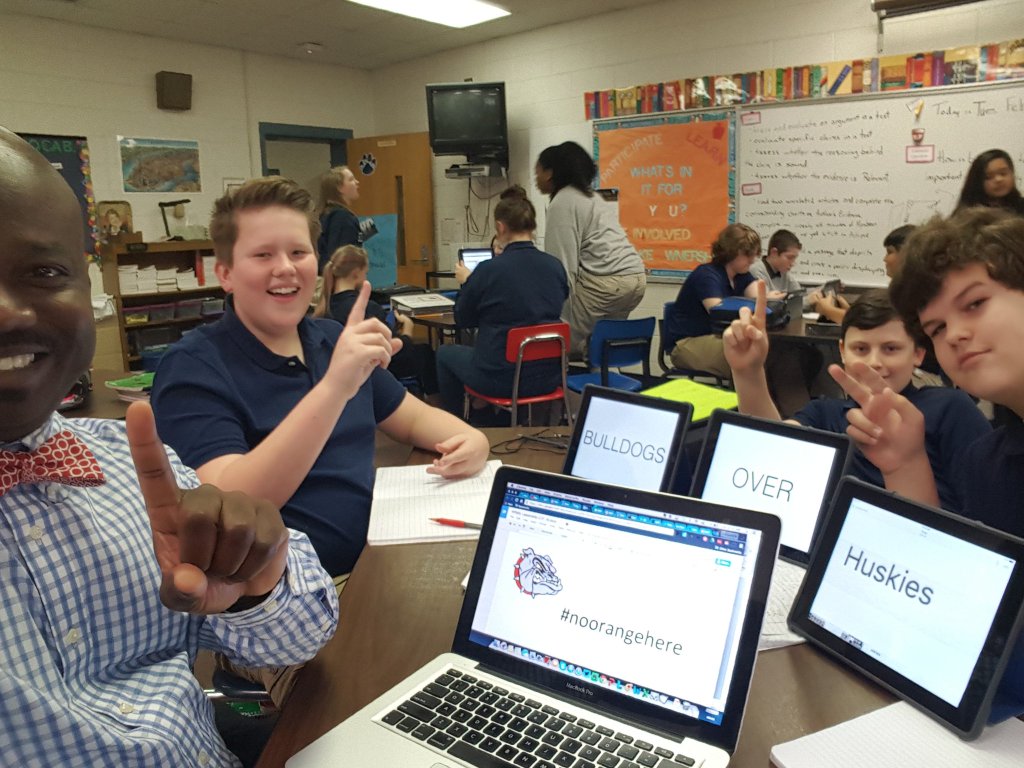 West Rowan Middle Principal Derek McCoy and students send a friendly challenge to Hamilton Middle School in Denver, CO. The two schools are facing off in a reading challenge before the big game Sunday.

The face-off is the work of Jerry Pittman, the technology facilitator at West Rowan Middle. Pittman said he saw cities, mayors and other officials in the two states challenging each other before Sunday’s big game.

“We just started thinking what we could do as a school,” he said.

Pittman said he thought about the school district’s drive to foster a love of reading among students, and had an idea. He looked up middle schools in Denver, found one that’s similar in size to West Rowan Middle, and sent the challenge. When the school, Hamilton Middle, accepted, Pittman and the faculty of West Rowan Middle broke the news to students.

“Everyone was really enthusiastic about it,” he said.

The challenge is simple: which school can read the most pages before the Super Bowl? Pittman created a Google Form where kids are able to post their name, the book they’re reading and how many pages they’ve finished. Pittman posts updates on the school’s progress via Schoology.

“I just thought it’d be fun for our school, fun for all the kids,” Pittman said.

Like any good wager, there’s a price for losing. If West Rowan Middle loses, the faculty, staff and students promised to wear Bronco colors for a day. If Hamilton Middle loses, they have to dab – like Panthers quarterback Cam Newton does when he celebrates — and snap a photo.

But Pittman has no doubt that West Rowan Middle, and the Panthers, will be victorious.

“I know our kids will do really well,” he said.