MOUNT ULLA — There’s something to be said for playing great and blowing people out.
But there’s also something to be said for playing poorly but finding a way to win, and that’s what West Rowan’s girls did on Thursday.
The Falcons got 18 points from Egypt Alexander and held off visiting Robinson, 55-51, to stay unbeaten in the 3A South Piedmont Conference.
“We didn’t shoot well, we didn’t rebound well, and we didn’t pass well,” relieved West coach Ashley Poole said. “But it’s nice to get a gut-check win now and then. This wasn’t a bad thing for us.”
After Carson dropped off the pace in early January, the SPC race has been a two-horse derby between West and Hickory Ridge. The ninth-ranked Falcons won at sixth-ranked Hickory Ridge (18-2, 14-1) on Jan. 8 to move in front and neither team has faltered since. The rematch with the Ragin’ Bulls in Mount Ulla is looming on Feb. 12.
“I’ve warned our girls that when you’re on top you’re going to get everyone’s best shot, and we got Robinson’s best tonight,” Poole said. “They’ve come a long way from where they were earlier in the year. They’re very athletic, a lot better than their record indicates.”
The evening didn’t start comfortably for Robinson coach Justin Thomas. The Bulldogs arrived in rural Mount Ulla with about three minutes left in the jayvee boys game.
“We got off the bus, got dressed and played,” Thomas said. “But we played with great effort and we brought a lot of energy a long way from home. We’re really young and we’ve got a freshman point guard, so it was great to see us play as hard as we did.”
Alexander had three first-quarter buckets, as the Falcons inched in front, 11-8. But the Falcons needed two 3-pointers by Taylor Martin in the second quarter to get to halftime with a 21-all tie.
“Taylor kept us in it,” Poole said.
The third quarter was fast and furious. Alexander had a nine-point quarter to keep the Falcons in front, and Shanice Miller fought for two stick-back buckets. Freshman Mary Sobataka hit a 3-pointer for a 40-35 West lead at the end of the period.
West had a burst at the start of the fourth quarter that decided the game. Sobataka hit a heavily defended bank shot, and Martin, Miller and Alexander made free throws. Suddenly, the Falcons, who were getting defensive stops, were up 11 points at 47-36.
“It was even, and then they got that double-digit lead on us really quick,” Thomas said. “But that’s what West Rowan can do. They can bang 10 points on you in a minute if you let them get their transition game going. You have to stay focused 32 minutes, and you can’t relax. They’re not in first place in our league by accident.”
West led by as many as 12 points down the stretch, but Robinson kept fighting.
Jada McMillan, the freshman point guard, made a 3-pointer just before the horn to cut the final margin to four points.
McMillan led the Bulldogs (8-11, 7-8) with 18 points. Junior Chemiaya Jordan battled for 14 points in the paint.
West had balanced scoring to help out Alexander. Miller had 12 points, while Sobataka and Martin scored 11 apiece. Khaila Hall only scored three points, but she contributed seven assists and five rebounds.
“We didn’t play well, but we did what we needed to do in the fourth quarter,” Poole said. “We played pretty good defense and we showed we can finish a tough game.”
West shot 41.4 percent and overcame 22 turnovers to record its 11th straight victory. The Falcons’ only losses this season came in the Dale’s Sporting Goods/Sam Moir Christmas Classic against North Rowan and East Rowan.
West plays at Concord (10-10, 8-7) tonight. That’s another SPC team that has improved quite a bit in the last month. 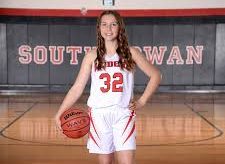 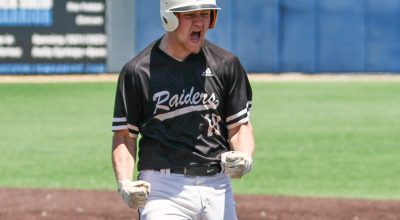