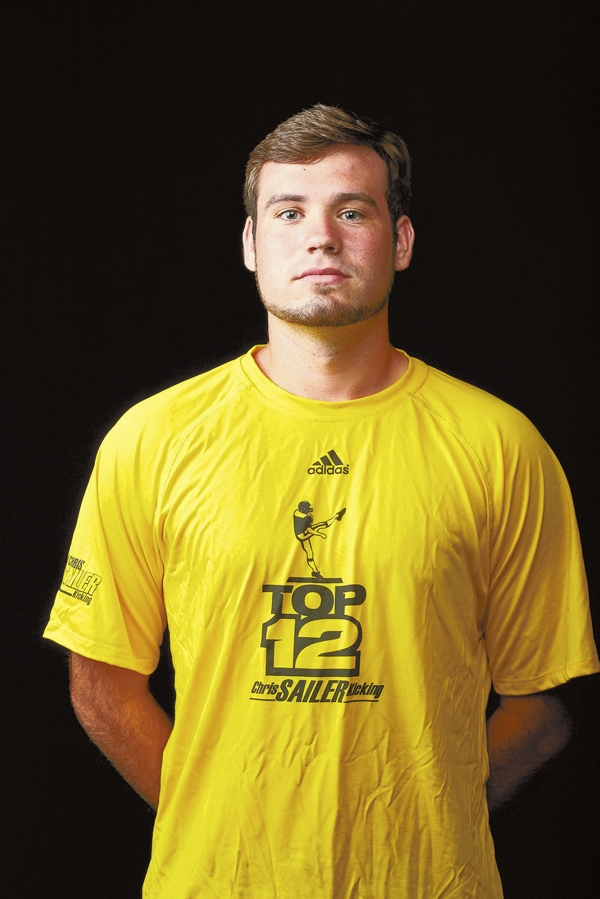 MOCKSVILLE — It’s been no secret for some time that Jonn Young was going to continue his football career at West Virginia.

On Wednesday, Young made it official. The 6-1, 200-pound punter from Davie County High School, signed his national letter-of-intent with the Mountaineers.

“I’m very excited about going to West Virginia,” said Young. “It was a good recruiting process and I (verbally) committed early. I knew West Virginia was the place for me.”

Due to a groin muscle injury, Young missed eight games as a senior last fall at Davie. However, West Virginia remained strong with its offer to Young, who attended a football camp in Morgantown in summer following his sophmore year.

Young proved that his injury was healed in January at the Chris Sailer Kicking Camp in Las Vegas. He was ranked eighth out of 134 punters at the camp and Young was selected as the national champion punting for the event.

Young has also received coaching and instruction from Dan Orner Kicking and Punting in Charlotte. He met South Rowan’s Marshall Long at some of those sessions. Long also signed an NCAA Division scholarship on Wednesday, with Georgia (see separate story).

Orner kicked at UNC in 2001-03, setting the Tar Heels’ record for the most career field goals over 50 yards and the school-record with a 55-yarder. He later kicked for the Minnesota Vikings in the NFL.

“I starting going to Dan Orner when I saw that one of his students from Charlotte ended up going to Oregon,” said Young. “He has eight guys in the NFL and a bunch more in colleges, so he definitely knows what he’s doing.”

Both Young and Long both then received national attention by attending the Chris Sailer kicking and punting events.

Young said that West Virginia actually offered him in September 2014, but he waited until last June to accept. He wanted to go through the entire recruiting process and also check out the academics side of things at West Virginia.

Young added that he hopes to compete for the starting job at punter as a freshman and could also be in the mix as the kickoff specialist.