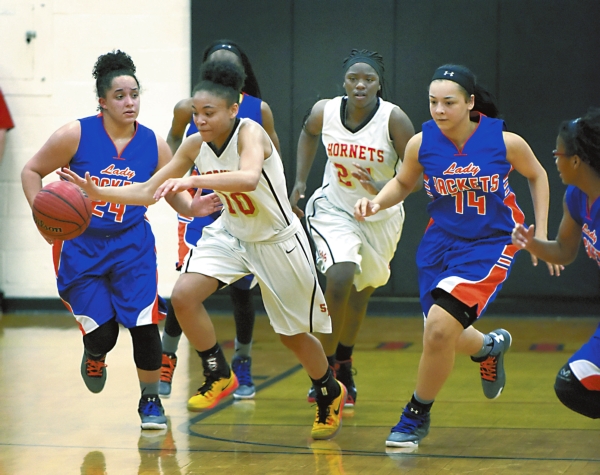 But its unsightly 57-34 loss to visiting Lexington was certainly a step who-knows-where.

“We didn’t take a step backward. Lexington just outplayed us,” Brice said after the Hornets (11-9, 3-4 CCC) dropped their second straight conference decision. “From the start to the end, they outplayed us.”

Salisbury had more turnovers (27) than rebounds (26) and displayed none of that 5-on-2 magic it needed to beat the Yellow Jackets in Lexington last month. This time the Hornets made only 11 field goals (none in the second quarter), fell behind 14-6 in the first five minutes and never gained traction.

“We can’t afford to turn the ball over like that,” Brice said. “I don’t believe the pressure was that heavy. It just seemed like we had no effort tonight.”

Salisbury showed signs of life early in the third quarter when Mariah Glenn navigated the baseline and hit a layup, drawing the Hornets within 23-18. But Lexington — behind the relentless effort of seniors Emerson Hayes and Kahari Sanders — used a 13-0 run to mount a 40-20 lead late in the period.

Hayes finished with a game-high 24 points and Sanders added 13, but they combined for 24 of Lexington’s 26 third-quarter points. Salisbury was paced by freshman Bryanna Troutman’s nine points and nine rebounds. Teammate Maria Capito had the only SHS 3-pointer — a rainbow from the right side in the final period.

“Am I disappointed? You bet,” Brice said afterward. “I’m disappointed how we came out and played. We should have played a whole lot better. I don’t know why, but we just didn’t play. We had opportunities to score but didn’t finish. We had shots down low but the ball didn’t go in. We couldn’t do anything right.”

Brice said the Hornets won’t forget this game, but expect to learn from it.

“We’ll move on,” she noted. “We’ve still got three games left and a chance to finish in third place. It’s not over.”