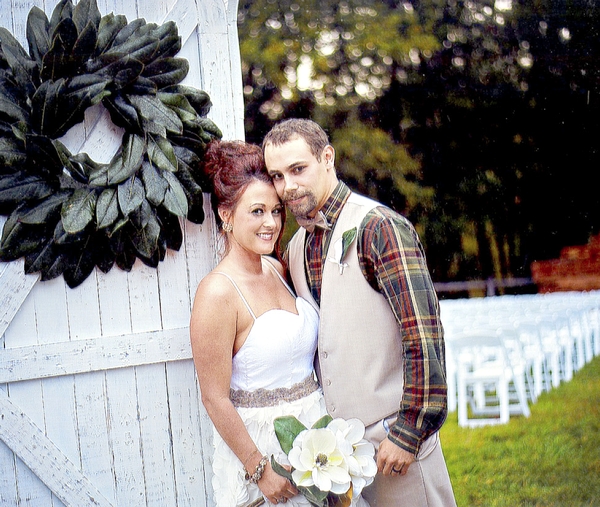 CLEVELAND — Rebekah Hope Lippard and Ryan Michael Summitt were united in marriage Sept. 26, 2015, at Vista at Walnut Hill. The Rev. Clarence Sifford officiated the 6 o’clock p.m. ceremony. The bride’s parents hosted a reception immediately following the ceremony.
The bride was escorted by her father and mother and attended by Leah Bridgeman as maid of honor. Bridesmaids were Amy Williams, Caroline Waller and Erin Thompson. Addison Beaver served as bridesman.
The father of the groom served as best man. Groomsmen were Brad Graham, Randy Webb and Joe Bridgeman.
Tinley Summitt was ring bearer. Readers were Stacie Graham and Christina Lewis, and greeters were Kara Burnette and Brynne Lippard.
The bride is the daughter of Robert “Bob” Lippard of Salisbury and Jeff and Sandra Bridgeman of Concord. She is the granddaughter of John and Lenda Westmoreland of Walnut Cove and Patricia and the late William “Bill” Lippard of Salisbury. A 2006 graduate of Salisbury High School, Rebekah attended East Carolina University and Central Piedmont Community College. She is a group fitness instructor and personal trainer at the Buck Hurley YMCA and the Forum. She is also employed with Oasis Salon and Spa.
The groom is the son of Tommy and Debbie Summitt of Salisbury and the grandson of Jean and the late Ralph Cauble of Granite Quarry and Celia and the late Barkley “Bark” Summitt of Salisbury. A 2006 graduate of West Rowan High School, Ryan attended Rowan-Cabarrus Community College and received a mechanical engineering degree from the University of North Carolina at Charlotte. He is employed with Daimler.
Following a wedding trip to Antigua, the couple are making their home in Granite Quarry.
On Friday, Sept. 25, a low country boil rehearsal dinner was hosted by the groom’s parents at their home.