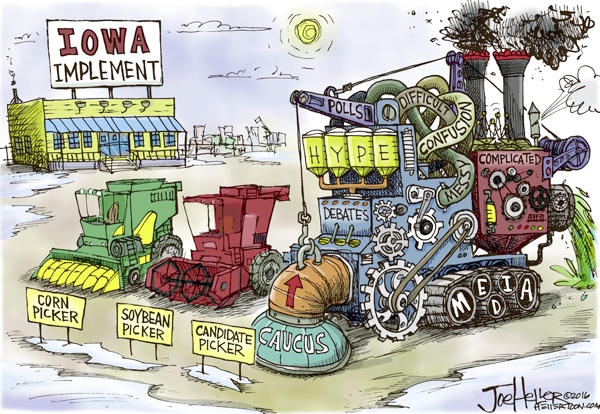 … Prayer lawsuit will be in federal appeals court

Madam Nunn and her cohorts have the constitutional right to reject Christian values. However, the question is, what values does she cherish? I believe that is a fair question to ask anyone who wants to open an educational facility for our children.

Actually, Chuck, wouldn’t an application for an educational facility be measured by religious-neutral criteria, if the application were to be reviewed for approval by a governmental body? A charter school IS a public school.

As for me and my house, we will trust the Lord. And pray to the Lord God Almighty. He is my heavenly father. If you don’t believe this, you need to read John 3:16 in the King James Version. “For God so loved the world that he gave his only begotten son, that who so ever believeth in me should have everlasting life.”

You will live forever somewhere. Will it be heaven or hell? The choice is yours. I know many of you will comment on this but I won’t argue about it. It’s your choice.

Well done, Rebecca. I do have one question though. Why was a conference for North Carolina government held at the beach in South Carolina?

ElectriCities includes member cities in both North and South Carolina as well as Virginia. Conferences have been reoccurring in Myrtle Beach and Asheville, but last year moved to Pinehurst and in 2016 will be in Charlotte.

I definitely feel there should be a daily travel allowance for all trips for all elected officials and receipts for all expenses should be turned in. The travel allowance should not be high enough for luxury trips, but rather in line with what they would spend if they were paying for their own trip. It should definitely not include alcoholic beverages.

The town should adopt a travel policy, seek repayment, and call in the SBI to investigate this further. There is no excuse that I can think of to warrant this behavior.

… Breaking down the political God gap

Power hungry poligionists, purposely causing followers to think GOD is spelled G-O-P, and preying on misguided fears. A genius strategy for politics and deadly to Christ-centered Christianity. When politics defines our religion, our religion no longer exists.

I wonder what salad bar Christian wrote the article you got the non-word “poligionists” from? And I do mean, non-word.

In other words, it’s OK if people like Jesse Jackson, Al Sharpton, or Jeremiah Wright try to co-opt God. You just don’t like it when someone like Franklin Graham expresses an opinion about national affairs. You won’t admit it, but that’s what you think.

The word “poligionists” is not in many spell checkers. It refers to people who mix strong religious beliefs and politics at the expense of their faith in my opinion. God is placed as the leader of their political parties where scripture and faith are distorted into justifying wrongdoing. In the case of Christianity, they are frauds and false witnesses who prey on misguided fears, ignorance, hatred and institutionalized bigotry instead of serving as advocates of Jesus Christ and His unconditional love.

This “tour” also serves as a great fundraiser for Franklin’s organization.

Sure hope they get caught. There is a four- wheeler playing on our street. Also, dogs running loose.

Guess it’s OK for people to ride bicycles on the highway, though.

Yes, and more of us should.

The difference is that one is lawful and the other is not.

Riding a four-wheeler on a snowy road isn’t the deal here; it’s the lack of respect that person had for someone else.

The trooper was most likely just going to warn them. They know it’s fun to ride in the snow. I have friends in law enforcement; they say just act like you have some sense. But riding in the morning hours shows no respect for those who choose to sleep. I hope they catch this person. Not all four-wheelers act like that.

… No suspects, investigation continues after trooper struck
by ATV

Come on, people. Someone in Landis knows who did this. This trooper could be your father, husband, son or brother. He responded when called by someone in the area and this is how you pay him back.

I sincerely hope someone turns these people in. I don’t think they did this without someone else knowing about it. Even if they turn out to be kids, they need to be prosecuted.

The other ATV operator not actively involved needs to call his attorney. Better to be a state’s witness with immunity than a co-defendant for aiding and abetting an attempted murder.

Despite our faults, the United States of America has become the free-est society known to humankind. I thank God daily for the Constitutional rule of law we have in this nation, and for what our nation aspires to be.

We are on the road to becoming slaves. If they ever manage to try and confiscate firearms, that will be the final straw and everyone who accepts their illegal law will be slaves.

I’m starting to think the Second America is the land of make-believe where this writer lives.

What a great story about a great man. He was such a wonderful man that would always go over and beyond to help you. He always had a way of helping out the students, whether it was in the classroom, on the football field, on the track or whatever a student needed, he would help. He gave excellent track pointers as well.

Mr. Justus gave me some pointers back in the ’90s and also helped my son out with track several years later. Thank you, Mr. Justus, for all of your time spent at East Rowan helping all the kids that you helped out. It will not be the same at East without Coach Justus!

Proud my grandson, Austin Hoosier, had the opportunity to wrestle under Coach Justus. What a great guy. Thanks for your years of teaching and working with the wrestling team. They think the world of you.

Barry has always been a great teacher, coach and friend. Another great career doesn’t come to an end; it will just change in some ways. I wish him the very best in his next years of life. Good luck, good friend.

… A gift, one day after the funeral

You captured Jimmy, Bonnie and Ike perfectly. Jimmy was one of the most accomplished … and yet humble … persons I’ve ever known. Well written article. Thanks.

I worked as the board clerk during the eight years Dr. Emerson was chair. He truly was a great man to work for. Ultimate professional, while being easy to converse with. Smart and level-headed, loved golf, a good book and mostly loved his family. I’ll miss seeing him from time to time.

“Yes, we will raise taxes. Yes we will.” When Sen. Bernie Sanders made that statement at a town hall in... read more