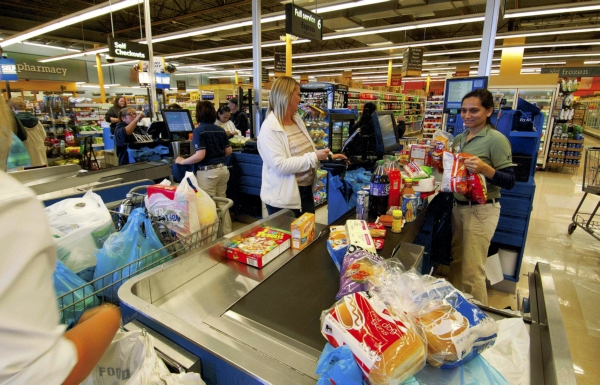 If there is a need to provide a shelter for residents, Red Cross Disaster Relief representative Daniel Michael will use these cots and blankets to set up a warming station at the Hanford Dole Chapter of the American Red Cross on West Jake Alexander Boulevard. Shavonne Walker/Salisbury Post

With a state of emergency in effect, many of Rowan County’s local businesses and agencies will be closed today in anticipation of a potentially dangerous winter storm.

“Given the snow and ice accumulations that are predicted, combined with gusty winds and already saturated grounds, this storm has serious potential,” McCrory said. “Ice accumulations of one quarter inch or more can weaken tree limbs and lead to downed power lines. Needless to say, we’re watching this storm very carefully.”

When announcing the state of emergency, McCrory and state officials said two weather-related fatalities had already occurred on Wednesday in Forsyth and Stokes counties. McCrory encouraged residents to be over-prepared for the storm.

Rowan County Emergency Services Director Frank Thomason in an update Thursday night warned that the storm could be life-threatening locally.

“Regardless of the immediate forecast, this is a potential serious life-threatening storm event,” Thomason said. “Travel later (Thursday) and throughout (today) is not recommended unless necessary.”

Thomason also warned that slight movements in the storm pattern to the north or south could cause significant fluctuations in accumulations.

“We are putting in place necessary steps to make sure Rowan and its municipalities have avenues of recovery in the event something significant happens,” Edds said Thursday.

“Every snow is different. Some are sticky and some fall and melt quickly,” he said. “This is going to be an interesting one because of all the different cycles of precipitation.”

“We’ve got contract motor graders as well as our own,” he said. “All our people are going to be here, ready to go. We think we’ve got this one planned, but plans are only as good as the first snowflakes.”

Another major concern with the storm is wide-spread, lengthy power outages, said Duke Energy spokeswoman Paige Layne. A number of crews from Florida were en route to the Carolinas on Thursday to help with storm response, Layne said.

“With this kind of storm, we need our customers to take it seriously and prepare for an event that could last multiple days,” she said.

Facing the danger of power outages, icy roads and severe winter weather, many agencies in Rowan County will be closed today, including both public school systems in Rowan County, Catawba College, Rowan-Cabarrus Community College, a number of private medical offices and the Rowan Transit System. A full list of closings is available at www.salisburypost.com

The agency asks that people check on neighbors and loved ones to ensure they’re warm and have something to eat.

There are no designated programs in Rowan County to check on seniors or the homebound, but Susan Davis, with the Information and Assistance Program suggests families think about adding their loved ones to the Are You Okay calling list.

It’s too late to do it for the approaching storm, but the service has a list of seniors who get an automated call each morning. If they answer the phone, no action is taken. If there is no answer, a process starts by contacting a list of people that is pre-arranged when the family or caregivers sign up.

It’s is not an emergency number, Davis says, but it can add to peace of mind when family members are out of town or unavailable to make the call themselves.

Those not on the list can contact Rufty-Holmes Senior Center to get an application to be added to Are You Okay.

For now, she advises relatives and friends to make an effort to reach out those who may be homebound, checking to see if they have heat and food.

If Rowan County declares an emergency and the Red Cross opens up warming centers or shelters, the three Rowan County YMCA’s and Rufty-Holmes, at 1120 S. Martin Luther King Jr. Ave, are all potential shelters.

American Red Cross volunteers are also on standby, officials say, in the event inclement weather requires an emergency warming shelter. Daniel Michael, with the organization’s disaster relief services, said the station is set up at the request of the emergency services office.

Once the organization receives the confirmation to open a station, they set up cots, provide snacks and coffee to residents who may use  shelters.  Locations are determined based upon need.

The Red Cross works with various community partners who can provide warm beverages and other items for the warming stations and or shelters.

By Amanda Raymond amanda.raymond@salisburypost.com Have you ever put an item in an online shopping cart and started seeing advertisements for... read more