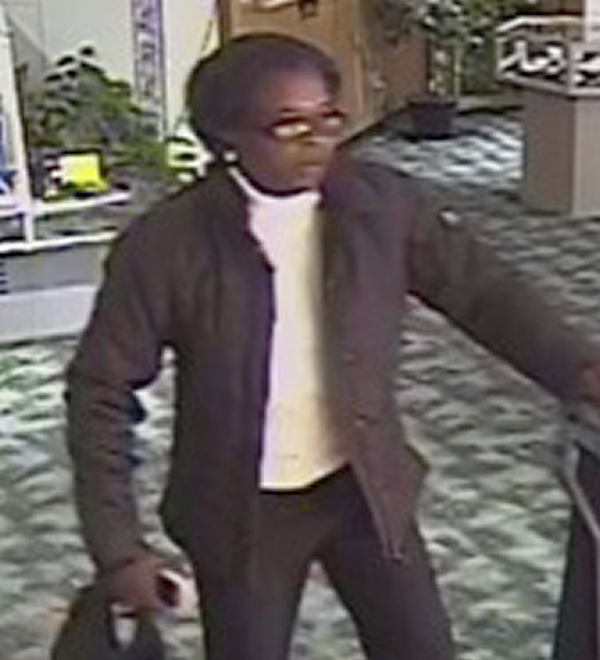 Police believe this woman was involved in a robbery at K-Dee’s Jewelers on East Innes Street. She was seen on surveillance video walking into the jewelry store with a man.

Salisbury Police are looking for a well-dressed couple whom they say walked into a local jewelry store pretending to be customers and took an unknown amount of jewelry.

Officials said an African-American man and woman entered K-Dee’s Jewelers, 112 E. Innes St., and inquired about a few items behind a locked counter. The two distracted the employee and were able to get away with rings, necklaces, watches and other items.

The incident occurred Jan. 12, but wasn’t reported until two days later after employees realized the items were gone.

The woman is shown in surveillance video using a walking stick, said Police Capt. Shelia Lingle, but investigators aren’t sure if she actually needed the cane or if it was a prop. She wore a dark colored jacket and pants. She also carried a purse and wore glasses.

The man showed interest at a counter, and the video shows him give a display case a tug to see if it was open, Lingle said. The counter was locked, she confirmed.

The man asked an employee if he could see a necklace in a display case. In the video, the employee shows the man the necklace and then locks the case. She returns a set of keys to a hook at the counter. While the woman is talking to the employee, the man grabs the key, walks around the counter, grabs the jewelry and closes the counter door.