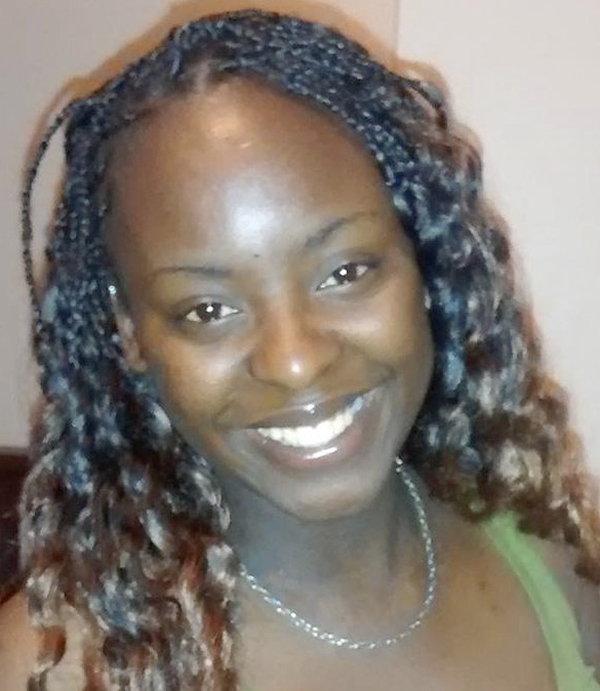 Less than 24 hours after the body of Pfeiffer University junior TaLisha Danielle Crowder was found inside a vehicle Monday, Salisbury Police investigators charged her ex-boyfriend, Brandon Jerron Hawkins, with killing her.

Police investigators released few details, but did say the 1991 Honda Accord where Crowder, 19, was found belonged to 20-year-old Hawkins. Hawkins, of Salisbury, is charged with first-degree murder and larceny of a firearm.

Hawkins was placed in the Rowan County Detention Center without bond. No motive was given. Hawkins is expected to make a first court appearance Thursday.

Salisbury Police said Crowder’s mother reported her missing Monday. Investigators received information that a Honda Accord connected to the incident was in the area of Park Avenue and Long Street.

Police located the vehicle in a parking lot at 311 N. Long St., the site of a group of apartments. Found inside the vehicle was the body of Crowder, the victim of an apparent gunshot wound.

On Tuesday, friends remembered Crowder as a quiet, studious college junior who was on her way to becoming a doctor when her life was cut short.

She graduated last year from the Early College program at Rowan-Cabarrus Community College, where she also received an associate’s degree. She began at Pfeiffer University in Misenheimer last fall. She was a biology/pre-med major, maintained a work-study job on campus and was on the university’s dance team, according to school officials.

The university held a candlelight vigil Tuesday night in memory of Crowder.

“Everyone in the Pfeiffer community is heartbroken by the news of TaLisha Crowder’s death,” said President Colleen Perry Keith.

Keith said everyone at the close-knit college feels like they’ve lost a sister. College officials first heard about Crowder’s death after her roommate received a call from Crowder’s mother notifying her of the tragic incident.

She called Crowder a sweet girl who would do anything for anyone. Crowder performed data entry for the school’s admissions office.

“Students, of course, are Pfeiffer’s most precious and valuable resource; her loss will be long felt by her classmates and professors. We all are keeping TaLisha’s family, friends and hallmates foremost in our thoughts and prayers,” Keith said.

Although based on her credits, Crowder was a junior, she still was new to the Pfeiffer campus and was paired with a student mentor. Grayson Harris, of Burlington, was Crowder’s mentor.

Harris said when she first met Crowder, the teen was quiet but eventually became the bubbly friend she came to know and love.

She said Crowder always talked about having a big family with 12 or more children. Harris said a big family was Crowder’s way of wanting to spread love to others.

The two last spoke before the Christmas break, giving each other casual goodbyes, thinking they’d see each other after the holidays. Harris first heard the news of Crowder’s death while in her dorm room.

“It took me a second to realize,” Harris said.

“She was one of the best people I’ve ever met,” she said. “She wanted to make the world a better place.”

Pfeiffer student Monayzia Taylor was on the college’s dance team with Crowder. It was all she could do to sit through her two classes on Tuesday, she said.

“It didn’t really hit me until I got to my room,” Taylor said.

Shanisha White was Crowder’s resident adviser and friend. She attended the vigil and exchanged hugs with fellow students afterward as a few of them huddled together on the front steps of the Henry Pfeiffer Chapel.

“She was sweet to everybody. She was very shy and stayed in her room a lot,” White said.

She said Crowder’s death was an eye-opener to how short life can be.

There were several students who attended the candlelight vigil who knew Crowder and many more who didn’t, but wanted to pay respect to her memory.

Instructor Sakinah Riley, who taught Crowder at the Early College, said her heart goes out to TaLisha’s mother and family. Riley recalled a project that Crowder worked on that didn’t quite go as planned, but despite the missteps, Crowder persevered.

“It’s hard to look at our students or to think about their post-graduate life and know that before them exists a world that could be so cruel to people who are so beautiful,” Riley said.

Riley said Crowder’s death brought about a mix of emotions — sadness, anger and empathy for her family.

“This is a travesty all too familiar to schools, families, and communities across our county,” Riley said.

David Miller, principal of the Rowan County Early College High School, said Crowder was a pleasant student to be around.

“She was typically shy and at the same time always had a bright smile,” he said.

“It was very sad for us to learn of the events that transpired this week. Our prayers and condolences go out to her family,” Miller said. Students at Pfeiffer University gathered in front of Henry Pfeiffer Chapel on Tuesday evening to hold a candlelight vigil for TaLisha Danielle Crowder, who was found shot to death in a car on North Long Street on Monday evening. Crowder, 19, of Salisbury, graduated from Rowan-Cabarrus Early College last year and was currently a student at Pfeiffer. Jon C. Lakey/Salisbury Post