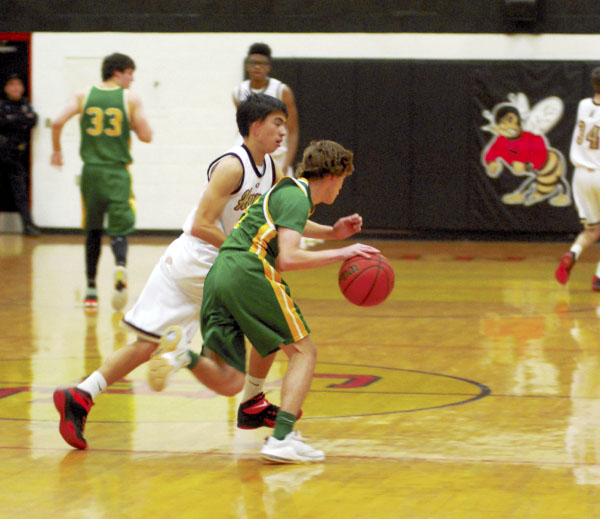 Salisbury boys fall behind early, but storm back to win

Coach Brian Withers’ Salisbury team improved to 14-2 overall and 3-0 in the CCC, setting up a showdown this Friday at North Rowan, also undefeated in the conference. West Davidson falls to 5-11 overall and 0-4 in the league.

Carson Beane had two first-quarter 3-pointers to get the Green Dragons rolling early and the visitors had an 18-9 lead at the end of the frame.

But Salisbury put together a nice 16-8 second period to cut the deficit to 26-25 at halftime.

The Hornets had the advantage (26-20) in a wild third period, as West Davidson’s Scott Hughes scored 13 of his game-high 25 points in the quarter.

Entering the final period with a 51-46 lead, Salisbury added to its margin slightly (16-13) behind six points from DJ Alexander, four points each from Tre Oats and Deshawn Troutman, and a bucket from Wes Fazia.

Isaac Baker, a starting guard for Salisbury, suffered a leg injury in the first quarter and was carried from the court.

Salisbury made eight of 12 free throws while the Dragons were eight of 14. Hughes was 7-for-10 at the line.