Yesterday: In 1982, a visit with retired Senator Sam in Morganton 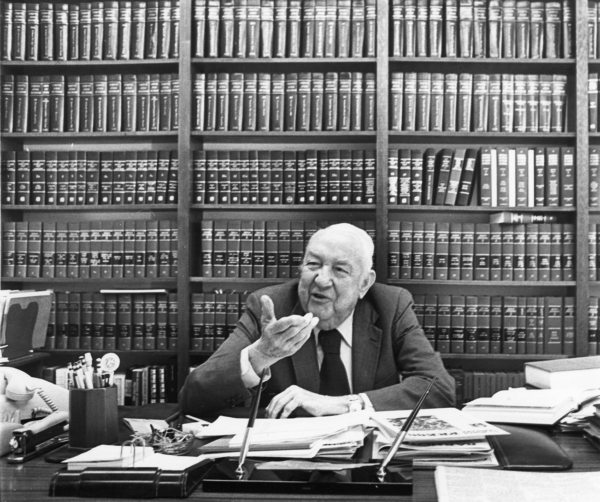 A Post reporter and photographer made a visit in March 1982 to the Morganton law office of retired U.S. Sen. Sam Ervin Jr., then 85. Their mission was a simple one: to ask Ervin about his family connections to Rowan County and the friends he made in Salisbury while wearing the hats of attorney, Superior Court judge, state legislator, U.S. House member and U.S. senator. He was recognized as one of the nation’s authorities on constitutional law and was a graduate of Harvard Law School. He became a national celebrity — maybe one of the more recognized faces in America — when he chaired the televised subcommittee investigations into the Watergate break-in, the deed that eventually brought down the Nixon presidency. But on this day in March 1982, Ervin also proved he was a student of Rowan County’s people and history and just a plain ‘country lawyer.’ This photograph as taken by Wayne Hinshaw. Ervin died in April 1985.