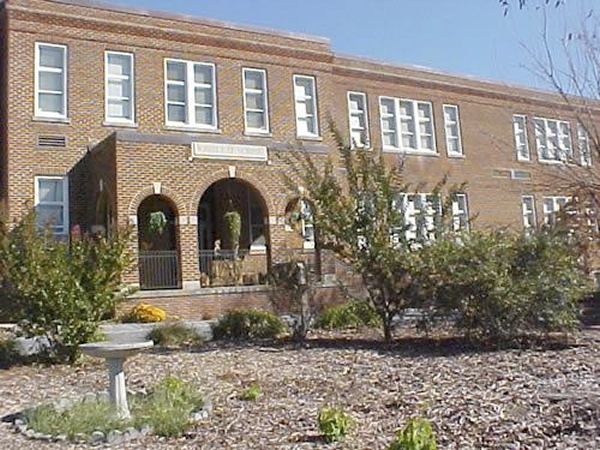 Woodleaf Elementary School (above) and Cleveland Elementary are to be replaced by a new, consolidated school. Travis Allen is a member of the Rowan-Salisbury Board of Education.

On paper, consolidating or closing old schools in favor of new, more energy efficient facilities makes a lot of sense. As school board members explore this possibility, though, they would be wise to heed Dr. Lynn Moody’s advice: Come up with a long range plan, get solid data, include the public and avoid throwing out names of specific schools for the time being.

Travis Allen, the board member who advocates more consolidation, could be on the right track. Money saved on utilities could go toward other needs. However, never underestimate a community’s attachment to its school. Consolidation will be fine with lots of people — as long as you don’t close the school they or their children attended. School loyalty runs deep.

Rowan County voted down a $49.2 million school bond package in 1991, shortly after Rowan and Salisbury systems merged. Though the bond would have paid for air conditioning and other much-needed improvements, some 52 percent of voters voted no, in part because the proposal would have replaced several old schools. Opponents accused school officials of trying to erase history or rip out the heart of the community. Voters also weren’t sure how much their property tax bills might go up.

Two years later, the school board presented a different plan that kept old structures but modernized them and added new wings. That $44 million bond passed by a wide margin, with almost 60 percent of voters supporting it. The support of the conservative head of the county commission, Newton Cohen, helped a great deal.

Since then, the county has passed another bond issue and built several new schools. It’s good to hear school board members talk about modernizing once more. Now that the system has cleared the hurdle of a new central office, other needs can come more clearly into view.

The school board has been talking about combining Woodleaf and Cleveland elementary schools into one new facility for several years. For the first year or two, the consolidation sparked opposition from the schools’ communities. As time went on and Woodleaf’s water problems worsened, most people came around to the wisdom of the plan. That took time and demonstrated need. Consider it a necessary period of adjustment. No matter how wise a plan is on paper, it’s worthless without public acceptance and support.

Dr. Dale Higbee enriched community in many ways It is with sadness that we note the recent passing of Dr.... read more