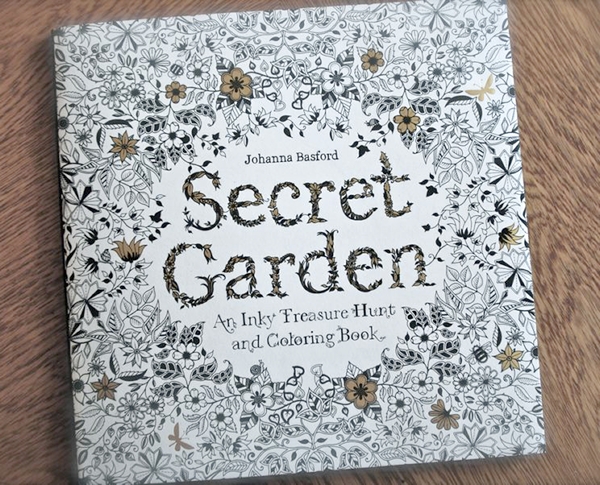 This book has made coloring for adults popular. Come inside the Tardis with me, or incant a few runes by the fire, or maybe just pull a novel off the shelf to see what lies in the future. What will happen in 2016 in books? Here are six trends to look out for.

Print books, that is. In December, Nielsen BookScan reported that 571 million more print books were sold in 2015 than the year before. Meanwhile, e-books, which were once predicted to reach 50 percent to 60 percent of total book sales, hovered at just 25 percent.

Big print hits proved that it’s no single demographic that wants books on paper: Harper Lee’s second novel, “Go Set a Watchman,” appealed to readers of all ages; “The Wright Brothers” by historian David McCullough had an older readership; teens gobbled up print books by YouTube stars; and “Diary of a Wimpy Kid: Old School,” Jeff Kinney’s latest novel for middle-schoolers, sold a remarkable 95 percent of its copies in print.

The most age-defying driver of print book sales was the spike in demand for adult coloring books. While some are available as e-books or apps, adult coloring fans seem to be using them as an escape from time spent staring at a screen. Bestselling coloring book creator Johanna Basford, whose “Secret Garden” jump-started the most recent craze, will allow her coloring books to exist only in print. Take that, digital.

Book sales numbers aside, readers don’t exist in a vacuum — they live in the same cultural universe as the one that gave “The Force Awakens” the biggest opening weekend in movie history. After viewers have watched every “Star Wars” film possible, publishers expect some will turn to their local bookstores seeking further space adventures.

Orbit, a science fiction and fantasy imprint of Hachette, is doubling its annual output next year to 90 titles. In 2015, Simon & Schuster launched a science fiction imprint, Saga; late last year, Houghton Mifflin Harcourt announced the creation of an imprint, John Joseph Adams Books, named for and run by the editor of “The Best American Science Fiction and Fantasy” anthology, who believes we are in a new golden age of science fiction. Head to your local bookstore and start browsing.

Readers have had to endure excruciatingly long intervals between the epic fantasy novels by George R.R. Martin, whose bestselling “Song of Ice and Fire” series has earned legions more fans with the HBO adaptation, “Game of Thrones.” Although the television series kicks off its sixth season in April, Martin has steadfastly refused to specify a release date for the next book, “The Winds of Winter.” Writing on his blog, he says, “It will be finished when it’s finished.”

Filling the void are other authors writing their own epic fantasies. Most notable in this crowd is Marlon James, the Jamaican American novelist who won the 2015 Man Booker Prize with “A Brief History of Seven Killings.” Since finishing that massive, complex novel about the attempted assassination of Bob Marley in 1976, the ambitious and wildly talented James has been writing what he calls “an African ‘Game of Thrones.’”

James told Man of the World magazine, “I realized how sick and tired I was of arguing about whether there should be a black hobbit in ‘Lord of the Rings.’ African folklore is just as rich, and just as perverse as that. … We have witches, we have demons, we have goblins, and mad kings.” James’ novel is tentatively titled “Black Leopard, Red Wolf,” and like Martin’s, it doesn’t yet have a release date. But it proves that more epic fantasy is coming.

Long-form nonfiction is in peril

Once the darling of the new-media landscape, long-form nonfiction spawned vibrant startups like the Atavist and Byliner, which garnered glowing publicity and scored major investors. They were nimble, online publishers that brought rich, reported stories directly to readers without the constraints of magazine page counts.

Byliner, for example, published Jon Krakauer’s expansive and controversial expose of author and activist Greg Mortenson, “Three Cups of Deceit.” The Atavist’s creative platform, which integrates audio, video, sound, maps and other interactivity, made its publications stand out with multidimensional promise, and its storytelling skills prompted investors to expand back into traditional publishing.

But Byliner closed in 2014; the Atavist’s publishing venture lasted less than a year, and in December a slimmed Atavist laid off half its staff. Amazon is still selling Kindle Singles, but the offerings are a strange blend of dusty pieces and new stories, mixing proven and untried authors. With the success of the podcast “Serial” and Netflix’s “Making a Murderer” series, it’s clear that deeply reported nonfiction stories have a ready audience — but that audience seems, for the moment, to have drifted from reading.

When the National Book Awards’ young writers prize, 5 under 35, was announced, it was clear where the best young fiction came from in 2015: the margins. For the first time in its 10-year history, three of the five honorees were published by independent presses: the Dorothy Project, Ig Publishing and Hawthorne Books.

With smaller print runs and often an intimate relationship with readers, these smaller houses are able to take bigger risks than their larger counterparts and are finding truly excellent writers outside the mainstream. Don’t miss works from Open Letter, Deep Vellum, Bellevue Literary Press, Catapult, Restless Books, Two Dollar Radio and Los Angeles’ Unnamed Press; like more established independents Graywolf and McSweeney’s, they are delivering so much genuinely exciting fiction that they make it look easy.

In 2015, the Nobel Prize in literature went to Russian author Svetlana Alexievich; to some, the award was significant because Alexievich is a nonfiction writer, only the third to win the prize. But to American publishers, it was an all-too-familiar brush-off. Despite a string of 20th century laureates, no American has been awarded the Nobel Prize in literature since Toni Morrison’s 1993 win.

Our writing is seen as being “too isolated, too insular,” according one Nobel committee member. This highbrow critique has been reflected at home in calls for increased diversity in the characters represented in books for children and young adults. The organization We Need Diverse Books, which grew out of a 2014 Twitter conversation, has begun taking action. It now helps fund internships, school visits and emerging writer and illustrator grants, and has launched a mentorship program for diverse writers and their work. In 2016, our growing literary diversity will be nurtured from the ground up.