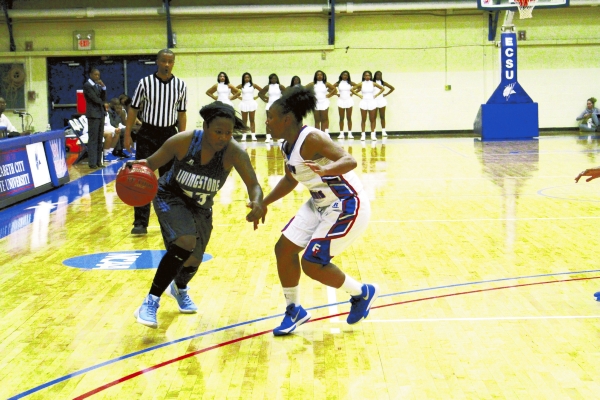 The 8-2 run to close the second quarter was led by five points from Bria Patterson and three from Wende Foster. Patterson and Brittany Taylor each scored 10 points in the first half.

On the Blue Bears’ first possession of the third quarter, Zena Lovette nailed a 3-pointer, giving Livingstone a commanding 38-23 lead.

Taylor followed Lovette in the Livingstone scoring with 13 points and she also had a game-high nine rebounds. Patterson finished with 10 points, following Curtis’ 12.

Lovette, Foster, Curtis and Alexis Fowler each grabbed six rebounds for the Blue Bears. Patterson had five assists and was perfect (4-for-4) at the foul line.

Elizabeth City St. was led by Breona Jones’ 13 points and 12 from Jaylin Brown.

Livingstone won the rebound battle, 46-34, including 16 boards off the offensive glass.