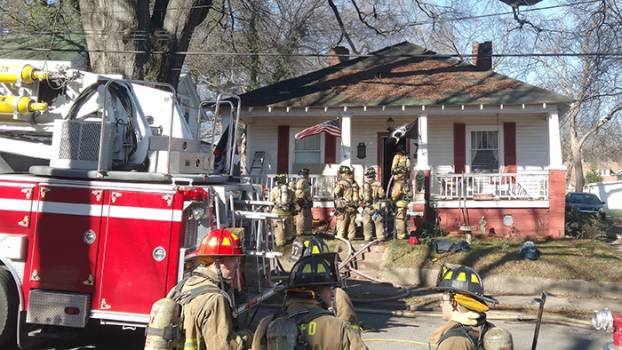 Josh Bergeron / Salisbury Post - Firefighters stand outside of a house in Salisbury's Chestnut Hill neighborhood that saw significant damage from a fire that may have started because of electrical problems.

Gurtowski, a 70-year-old Vietnam veteran, said he lives in the house with his wife and sister-in-law. He also owns a number of dogs that have been rescued.

Salisbury Fire Marshall Terry Smith said no one was injured in the fire, which was under control less than 15 minutes after being reported. Smith said the Salisbury Fire Department was dispatched to the incident at 11:11 a.m.

Smith said the house could likely be repaired. However, the damage caused by Wednesday’s fire likely means Gurtowski won’t be able to immediately move back into his Chestnut Hill home.

By Amanda Raymond amanda.raymond@salisburypost.com Salisbury-Rowan Utilities has plans to replace more than 19,000 water meters around Rowan County. During the... read more