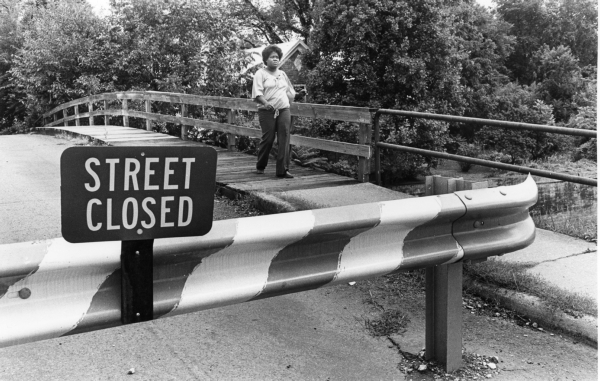 In this Salisbury Post file photograph from July 11, 1979, Naomi Cowan is shown walking across the East Fisher Street bridge in Salisbury when it was open only to pedestrians. That particular day marked the ‘First Annual Unofficial Unopening” of the bridge, which had been closed to vehicles after a Southern Railway freight train carrying oversized equipment struck and damaged it a year earlier. Flyers were circulated around town advertising the Unofficial Unopening, a non-event, created by a group of citizens aiming to poke fun at city officials for their inaction in getting the bridge reopened to cars and trucks. The bridge actually remained closed to vehicles for two years until Southern Railway and the city of Salisbury settled on a plan in which the railroad would make the necessary repairs.