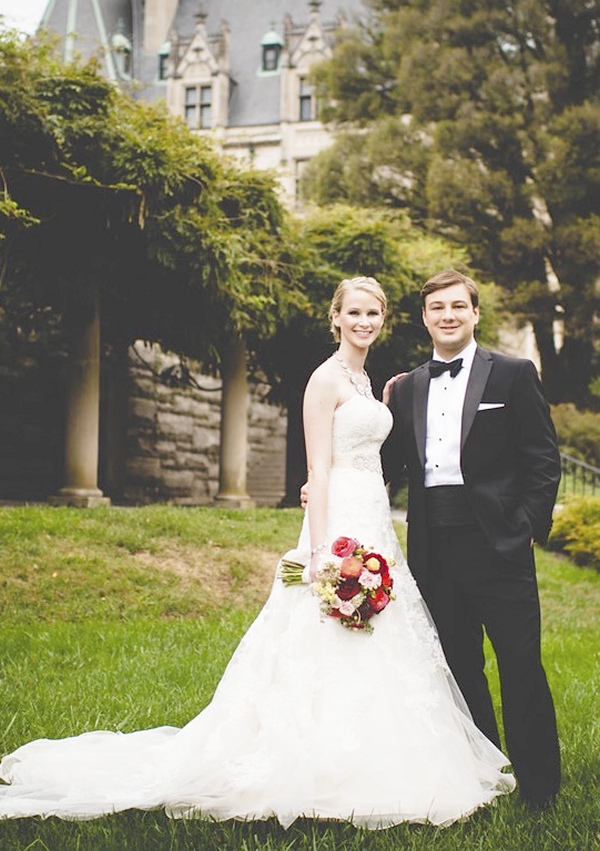 ASHEVILLE — Kate Elizabeth Peterson and Madison Alexander Beaver were united in marriage Oct. 3, 2015, at The Conservatory at Biltmore Estate. The Rev. Phillip Lingle officiated the 6:30 a.m. ceremony, which was followed by a reception in The Champagne Cellar at Biltmore Estate Winery.
The bride was escorted by her father and attended by Caitlin Connolly of Hartford, Conn., as Maid of Honor.
Serving as Best Man was Addison Beaver of Salisbury.
The bride is the daughter of Jean Peterson of Gainesville, Ga., and Vern and Maritza Peterson of Sunrise, Fla. A 2010 Summa Cum Laude graduate of the University of Georgia, Kate earned a Bachelor of Business Administration in Risk Management and Insurance. She is a Senior Underwriter at Liberty Mutual Insurance.
The groom is the son of Brad and Melonie Beaver of Salisbury and grandson of Barbara Rufty and the late Harold Rufty of Salisbury and Bobby and Becky Beaver of Rockwell. A 2007 graduate of The University of North Carolina at Chapel Hill, Madison earned a Bachelor of Arts in Political Science and is an Energy Underwriting Consultant at Liberty Mutual Insurance.
The couple will honeymoon in March 2016 in Costa Rica. They are making their home in Houston, Texas.