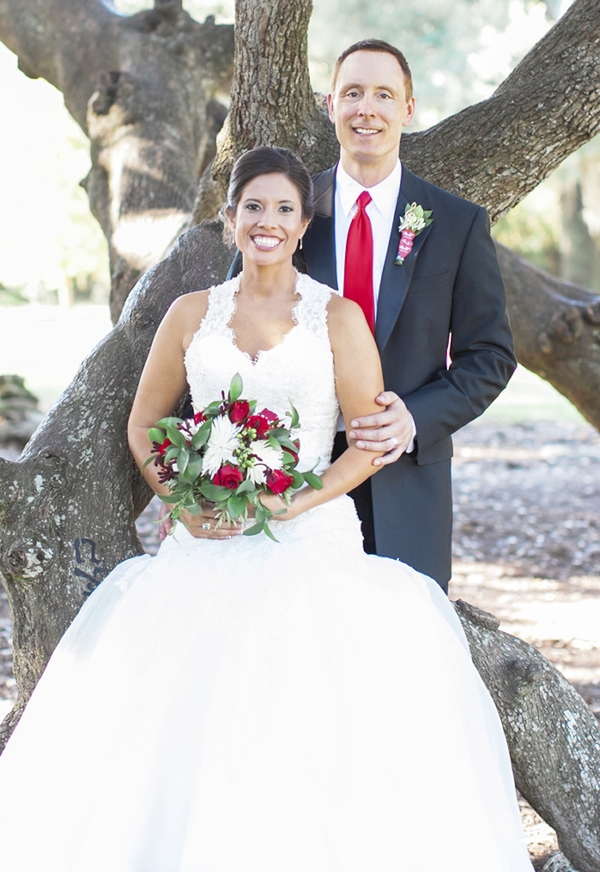 NEW ORLEANS, La. — Veronica Butler and Jonathan Burman were united in marriage Oct. 11, 2015, during a 3 p.m. ceremony officiated by Rev. Alicia Brewster.
The bride was escorted by her father, Joel B. Butler, and attended by Ondria Witt of Salisbury, N.C., as matron of honor. The groom’s best man was Perego from Ormond By the Sea, Fla.
The ceremony was held under the majestic “Tree of Life” in Audubon Park with 60 close friends and family in attendance. After the ceremony, they hosted the traditional “Second-Line March,” parading around the French Quarter. The couple led the parade followed by a brass band, with guests and families bringing up the rear. The parents enjoyed the view from the back of a comfortable pedicab that weaved in and out of the crowd.
Lastly, the couple hosted a heavy hors d’oeuvre reception complete with a live art show in The Paris Room at Cafe Soule. The best man was a professional live artist and created a picture of the couple that guests could sign during the reception. The couple exited into the French Quarter under a tunnel of sparkles held by their guests.
The bride is the daughter of Sylvia and Joel Butler and the granddaughter of the late Vernon and Wilma Alley Butler and the late Roy and Edith Stallings Bickett. A 2001 graduate of West Rowan High School, she earned a Bachelor of Science in Communications Advertising and a Bachelor of Science in Graphic Arts and Imaging Technology from Appalachian State University of 2005, where she was a member of Gamma Epsilon Tau Academic Fraternity. She is employed by Maxim Healthcare Services.
The groom is the son of George and Nancy Burman and the grandson of the late Thomas and Lillian Short Haigh and the late George Burman Sr. and Isabella Moore Burman. A 1985 graduate of Upper Mooreland High School, he is a 1990 graduate of Pennsylvania State University with a Bachelor of Science in Speech Communications and a 1998 graduate of La Salle University with a Masters in Organizational Psychology.
Following a week of festivities in the beautiful city of New Orleans, the couple are making their home in Atlanta, Ga.