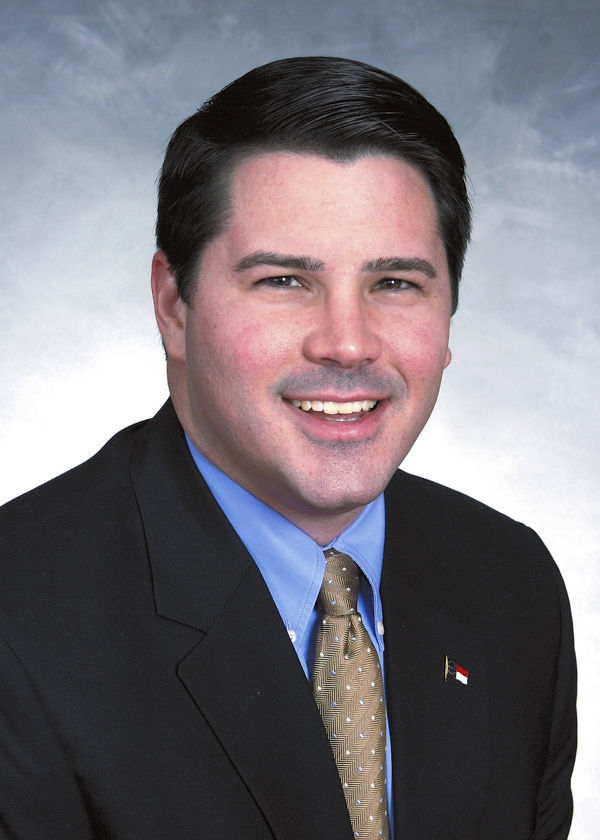 Andrew Brock is a seven-term state senator who’s set to be re-elected to his eighth.

Brock, a 41-year-old Mocksville resident, doesn’t face any competition in the primary or general election for the 34th State Senate District. With his re-election, Brock will be one of the most experienced legislators in the State Senate. Many experienced senators chose not to run for re-election in 2016.

When he decided to run for re-election, Brock said his reason was to continue Republican reforms in Raleigh and provide some institutional knowledge. Specifically, Brock said he was focused on continuing tax and regulatory reform.

The Salisbury Post Editorial Board named Brock one of the top ten people to watch in 2016.

Brock said his biggest hope in 2016 is that Salisbury-based Cheerwine reintroduces its Cool Moon citrus soda.

Where do you live? Mocksville

If you won $1 million in the lottery, what would you do with the money? I’m too good at math to play the lottery. If I did win, I would invest in my children’s education and plan their retirement because social security will be gone.

What’s your favorite hobby? Being outdoors and playing games with my kids. Having kids is like having a second childhood

Who would play you in a movie? Dean Cain

What would you want to have for a last meal? Celery, because it takes a long time to chew, or pork chops

Who is a person you would call someone to watch in 2016? Governor Pat McCrory

What would you say is the biggest challenge for our area in 2016? My only worry is that people in the General Assembly might be more focused on re-election than policy

What would you say is your biggest hope for 2016? My greatest hope is that Cheerwine will reintroduce Cool Moon

What’s your reaction to being named one of the ten to watch for 2016? It’s very flatting. I try to represent every person in Rowan County as best as possible.