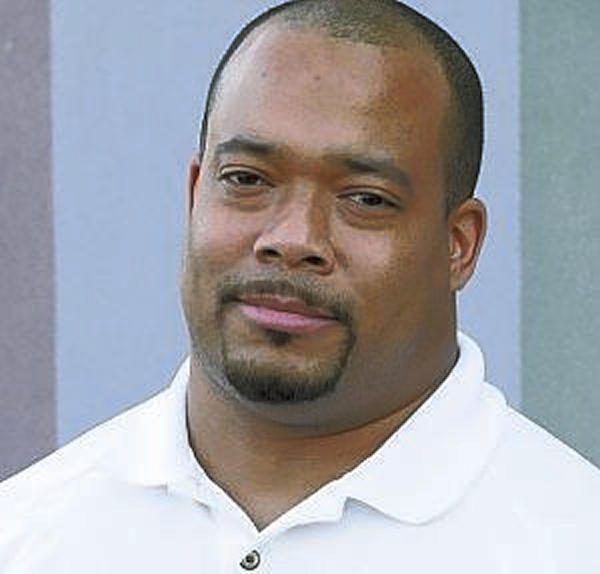 The Rev. Anthony Smith is a pastor at Mission House and community leader who’s been active in important discussions.

Smith, 42, lives in Salisbury started Mission House several years ago. It’s a Weslyan Church. Initially, Mission was an informal group. Now, the church has started weekly services and has seen its congregation grow. Smith previously served in the U.S. Navy.

In his younger years, Smith didn’t expect to become a pastor. Smith says he was an athiest. While in the Navy, his faith grew after starting to talk to a fellow seaman. Eventually he became an associate pastor at New Harvest Ministry in Cooleemee. With the help of the church, Smith established Mission House. Dustin Wilson, another pastor at Mission House, also played a key role in establishing the church.

Smith is also known in the Salisbury area for his community involvement. Most recently, he and Rev. Robin Tanner played a lead role in discussions about whether the “Fame” Confederate monument should stay in Salisbury. Smith encouraged the Salisbury City Council to be the body to facilitate community discussion about Salisbury’s “Fame” monument, which pictures an angel holding a soldier.

At the time, he described the city council as “stewards of the narrative,” but stopped short of saying the monument should be removed.

The Salisbury Post Editorial Board has named Smith a person to watch in 2016. As part of the questions asked by the Salisbury Post, Smith says his biggest hope for the Salisbury community in 2016 is “the successful launch of the Truth, Healing, Hope and Equity Commission that will help facilitate racial justice, reconciliation and healing in our community.”

Smith said the biggest challenge is “bringing a diversity of stakeholders together across racial, gender and class lines to harvest our collective wisdom and to conspire together for deep community transformation.”

Where do you live: Salisbury (Meadowbrook)

If you won $1 million in the lottery, what would you do with the money? Create a community hub where there would be business incubators for youth with entrepreneurial aspirations, a film school for local youth, and a creative space for the arts to flourish and youth to engage in creative self-expression.

Who would play you in a movie? Jeffrey Wright.

What would you want to have for a last meal? Salmon, steamed broccoli and garlic mashed potatoes.

Who is a person in Rowan County you would call someone to watch in 2016? Tonya Miller-Cross, a powerful community convener

What would you say is the biggest challenge for our area in 2016? Bringing a diversity of stakeholders together across racial, gender and class lines to harvest our collective wisdom and to conspire together for deep community transformation.

What would you say is your biggest hope for 2016? That our community will see the successful launch of the Truth, Healing, Hope and Equity Commission that will help facilitate racial justice, reconciliation and healing in our community.

What’s your reaction to being named one of the ten to watch in Rowan for 2016? Several other people’s names came to mind at once. I was humbled. There are alot of amazing people in our community you know?