Moir — North Rowan girls hold on to win against Davie 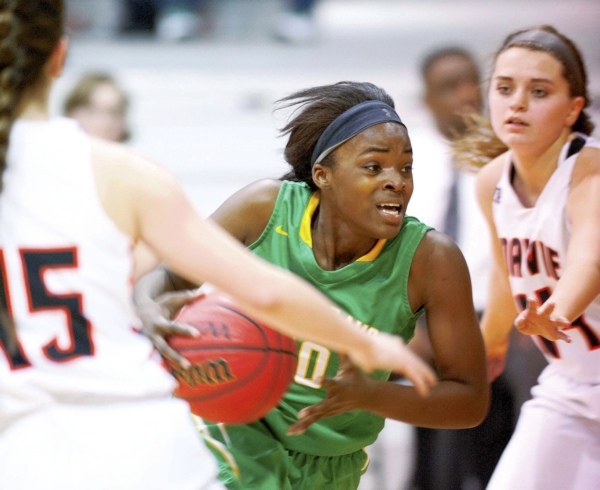 “We didn’t,” coach Brian Lytton said, moments after North advanced to the semifinals with a 49-44 victory. “Plan A is always to turn it into a track meet. But when you play a team like Davie that has a really good guard and a really good big, that can be difficult for us. We turned it into more of a grind-it-out type of game. That’s not our forte, but we’ve learned to play that way.”

North (6-4) wore a different look but procured a familiar refrain. “I thought for most of the game they competed harder than we did, ” Davie coach Dave Ruemenapp said, after the War Eagles squared their record at 6-6. “We had a nice little spurt at the end, but had a hard time getting into our offense. People didn’t want the ball in their hand when the pressure was on. It just got to us and we had a hard time adjusting to it the whole game.”

“It wasn’t like it should have been,” North senior Special Washington said. “Davie was the hardest team for us.”

It was in the first half, when North watched an early 7-2 lead evaporate and Davie — sparked by sniper Madison Zaferatos — opened a five-point lead late in the second period.

“Mad did a lot of awesome things,” Ruemenapp said after the guard poured in 22 points. “We just needed more help with the pressure we were getting.”

The third quarter proved pivotal. North opened the second half half with 10 unanswered points and outscored Davie, 18-3, in the period.

“We just had to quit making silly mistakes and silly turnovers,” said North’s Aliyah Farmer (20 points). “We had to jump on them in the second half.”

When Farmer stole a pass in her own end and galloped in for layup early in the fourth quarter, North had a 43-29 lead and forced Davie to play a man-to-man defense. Oddly, the Cavs never connected from the field again.

“We weren’t trying to make a basket in the final seven minutes,” Lytton explained. “We were trying to hold the ball, but we weren’t as successful  as we wanted to be. We had a couple turnovers, which is why they were able to cut into that lead.”

Davie drew as close as 46-44 when 6-foot-1 junior Ashlyn Hampton buried a 3-ball from the right side with 3:18 to go. Single free throws by North’s Payton Russell, Farmer and Washington closed the scoring.