What were the best books of 2015? A sampling 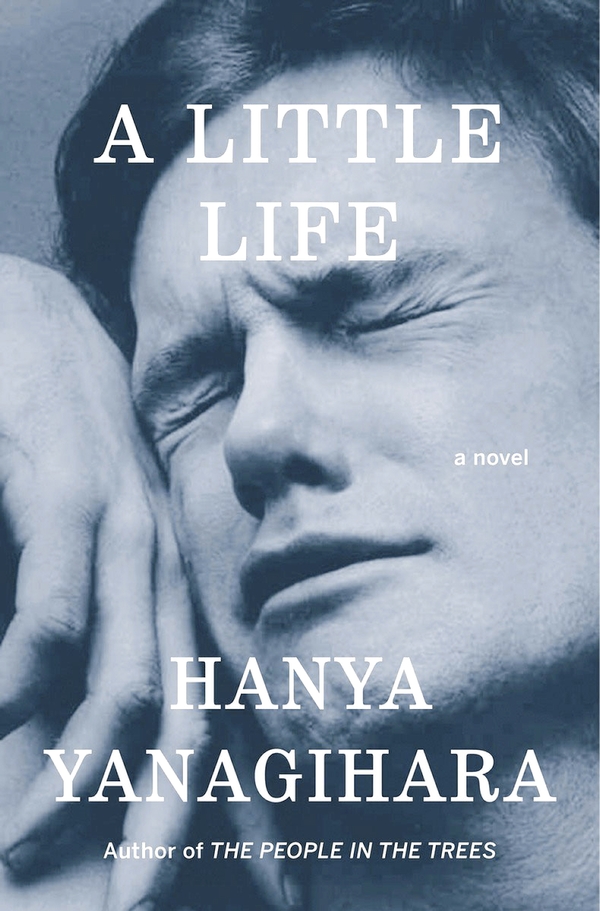 'A Little Life' has won and is nominated for numerous book awards and tops many best of 2015 lists.

There were so many interesting books in 2015, but which of them withstood criticism, reader opinion and the ultimate test — time to read? Lists of best books are endless, some chosen by critics, some by readers, some even by celebrities.

Below are a few lists from sources that have been in the book business for a long time.

Kirkus is a magazine of book reviews, typically quite critical. A good Kirkus review is golden. The annual Kirkus Prize awards $50,000 to one author once a year.

This year, “A Little Life,” by Hanya Yanagihara won the prize. It’s also short-listed for the Man Booker Prize and is a National Book Award finalist.

It has earned wide critical acclaim and been called astonishing, challenging, upsetting and profoundly moving. It is a story of four classmates who move to New York after college and what happens as the years go by. Jude is the scarred center of the novel who trauma comes to define his life.

“The Incarnation,” by Susan Barker. A letter from a stalker upsets the life of a Beijing taxi driver. The author then spans 1,000 years of Chinese history and six lifetimes of betrayal.

“A Manual for Cleaning Women: Selected Stories,” by Lucia Berlin. A posthumous collection of stories narrated by hard-living women.

“Fates and Furies,” by Lauren Groff.  A modern marriage framed in Greek mythology.

“The Story of My Teeth,” by Valeria Luiselli. A lively, loopy experimental novel with musings on language, art and teeth.

“The Book of Aron,” by Jim Shepard. A devastating novel of a Warsaw ghetto during Nazi occupation told by a streetwise boy.

Ta-Nehisi Coates won the prize for nonfiction with “Between the World and Me: Notes on the First 150 Years in America.” The book shows up on almost every best books list.

“H is for Hawk,” by Helene Macdonald. A goshawk helps a woman battle grief in this inspired, absorbing account.

“The Deluge: The Great War, America and the Remaking of the Global Order, 1916-1931,” by Adam Tooze. An argument that the war was the beginning of a new world order and American superpower.

“Pacific: Silicon Chips and Surfboards, Coral Reefs and Atom Bombs, Brutal Dictators, Fading Empires, and the Coming Collision of the World’s Superpowers,” by Simon Winshester. The title says it all.

“The Invention of Nature: Alexander Von Humboldt’s New World,” by Andrea Wulf. A biography of the man who changed the way we see the natural world.

Publishers Weekly picked 150 books for its Best Books list, but here’s the top 10:

“Between the World and Me.”

“The Invention of Nature.”

“The Story of the Lost Child,” by Elan Ferrante, the fourth in a Neapolitan Novels series.

“Barbarian Days: A Surfing Life,” by William Finnegan. A memoir by the New Yorker staff writer and the ancient art of surfing and his obsession with it.

“Delicious Foods,” by James Hannaham, a novel called inventive and terrifying that is at its heart the story of a mother and her son, addiction, pain, forgiveness and love.

“Imperium,” by Christian Kracht, about a German man fleeing to the South Seas to create a utopia, where, of course, disaster strikes, based on a real figure in history.

“Beauty is a Wound,” by Eka Kurniawan, a tale of magic and murder and the history of Indonesia through a fictional town called Halimunda.

“The Argonauts,” by Maggie Nelson, a memoir about a woman trying to embrace her identity, her marriage to a transgender filmmaker and motherhood.

“Black Earth: the Holocaust as History and Warning,” by Timothy Snyder, how the collapse of Central and Easter European nation states led to the Holocaust.

Over at the New York Times, their top 10 includes:

“The Door,” by Magda Szabo, a novel about a writer’s intense relationship with her servant, an older woman who can be indifferent, generous or enraged. The book was published in 1987 in Hungary. Szabo died in 2007.

“A Manual for Cleaning Women: Selected Stories” shows up on this list, as well.

“Outline,” by Rachel Cusk, called “subtle, unconventional and lethally intelligent.” A divorced woman traveling in Greece hears the stories of the people she meets.

“The Sellout,” by Pat Beatty, “a cheerfully outrageous satire” about a young black man who wants to segregate his school, it considers 400 years of “black survival in America.”

“The Story of the Lost Child.”

“Between the World and Me.”

“Empire of Cotton: A Global History,” by Sen Beckert. Cotton was king in the 19th century, worldwide. This is a story of the industry, with its violence, slavery and back-breaking labor.

“The Invention of Nature.”

“One of Us: The Story of Anders Breivik and the Massacre in Norway,” by Asne Seirstad, a Norwegian journalist. Breivak killed 77 people, mostly teenagers, as a protest against women’s rights and the growing influence of Islam.

Over at NPR’s Book Concierge, they’ve filtered their list by categories, such as eye-opening reads, seriously great writing, book club ideas. To see the entire list, go here http://apps.npr.org/best-books-2015/ The list is interactive so you can choose categories, mix categories or just browse for a while.

Seriously great writing includes “Letter to a Future Lover: Marginalia, Errata, Secrets, Inscriptions, and Other Ephemera Found in Libraries,” by Ander Monson, described by one book critic as a magnificent essay collection. “As a love letter, it’s a work of overwhelming devotion and generosity.”

Etgar Keret’s “The Seven Good Years” shows up in seriously great writing and in book club ideas, as does Elizabeth Alexander’s “The Light of the World” and Larissa MacFarquhar’s “Strangers Drowning.”

The lists tend toward the serious. It perhaps reflects a serious year, though all these books were written well before 2015.

So there’s no shortage of things to read  — but hurry! The new 2016 books are already out there.

And you can expect a new novel from John Hart, “Redemption Road,” and one from Kristy Woodson Harvey, “Lies and Other Acts of Love.”

If a shiny new tablet was under the tree, library…