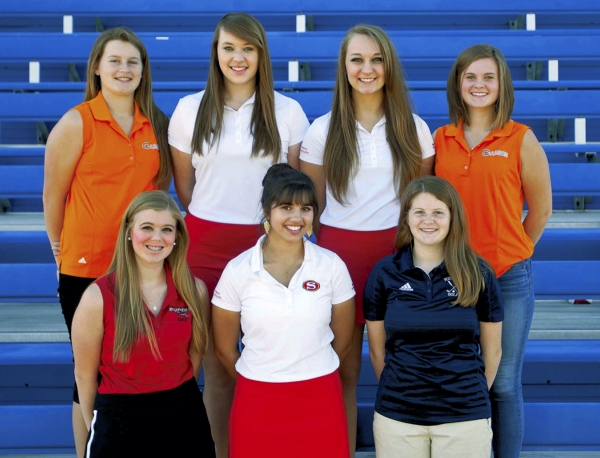 For Salisbury senior golf student athlete Grace Yatawara, it was a year of rewarding repeats.
She repeated as 1A/2A state champion, Central Regional champion, Central Carolina Conference champion and Rowan County champion.
Obviously, the East Carolina signee also repeats as Rowan County Player of the Year.
It was sort of a down year for Rowan girls golf, but down is a relative term.
Yes, Salisbury only placed fifth in the 1A/2A State Championships this year, ending a string of four consecutive state titles.
But the county also had a second individual champion to brag about.
That was Carson junior Micah Furr, the Cougars’ first-ever conference champ.
On the same mid-October day that Yatawara was shooting 73 to pull away from a group of West Davidson challengers for the CCC championship at Corbin Hills, Furr was shooting 76 to come from behind and win the South Piedmont Conference title at Warrior Golf Club.
While the county reluctantly says goodbye to Yatawara, it says hello to Furr, who should provide plenty of excitement in 2016.
Furr has not yet been as consistent as Yatawara, but she can be equally spectacular. She had three birdies in her championship push at Warrior and drives so long that she puts herself in position for eagle putts on par-5s.
The all-county team was determined by the 18-hole Rowan County Championships that were held at Warrior in September. The top seven finishers in that event earned all-county honors. Yatawara won with a 73 that included an eagle on No. 17. Furr was runner-up with an 82 and made an eagle on No. 4.
The only all-county repeater other than Yatawara and Furr is Carson senior Adison Collins. Collins tied for fourth in the Rowan County Championships.
Caroline Parrott and Shelby Holden, Salisbury seniors who joined with Yatawara on a final run that included another county title, a runner-up finish in the CCC and another trip to the state tournament, are all-county.
Parrott’s personal-best 88 at the Rowan championships was good for third place. Holden shot 93 and tied Collins for fourth.
South Rowan senior Lea Morris placed sixth in the county event, while East Rowan freshman Camryn Corriher was seventh, both earning all-county honors.