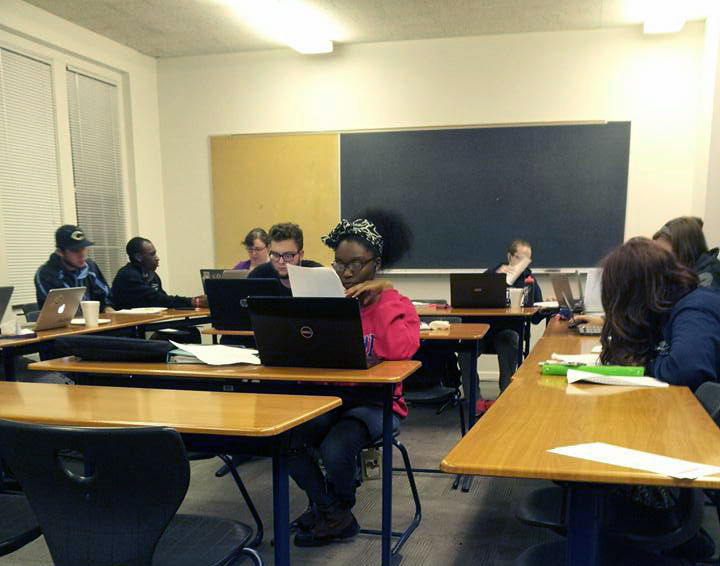 In preparation for finals week, Catawba College’s Writing Center hosted its first ever Write-In. The event was held Dec. 2 in the school’s administration building, with several rooms acting as designated stations for different modes of writing.

Not only did the night inspire students to write well and complete final papers and projects, but it also provided fun study breaks, an assortment of delicious snacks and several giveaways and freebies throughout the evening.

Overall, 114 students attended Catawba’s first Write-In, resulting in 48 separate writing consultations in just six hours. For nine tutors working shifts throughout the night and one very dedicated Writing Center director who supervised the entire evening, these numbers were something to get excited about, especially because Catawba had never held an event like this in the past.

“As a student writer in a writing-intensive discipline, the Write-In hosted by the Writing Center allowed the chance to meet with student writing tutors while participating in a focused, group environment,” said Sarah Bushey a student who participated. “Being in an environment of individuals focused on completing their work allowed for a strong sense of community all aiming for a common goal: excellence.”

Catawba’s Write-In featured three distinct spaces: a quiet place for writing, a collaborative place for writing, and a place for productive study breaks and sociability. This set up is supposed to emulate the type of behavior good writers often find themselves cycling through while working.

Ninety different schools in six countries participated in the International Write-In, an event that took place across campuses Dec. 1 through Dec 10. Other schools that held their Write-In on the same day as Catawba include Del Mar College in Texas, Oklahoma State University, and Westchester Community College in New York.

Associate Professor of English and Director of the Writing Center Dr. Margaret Stahr expressed much excitement about Catawba’s Writing Center being able to host such an original and fresh event. Stahr admits that she has been interested in doing something like this for a while, and hopes that the experience will “dispel some myths about the solitary nature of writing.”

Carter is a student at Catawba College.