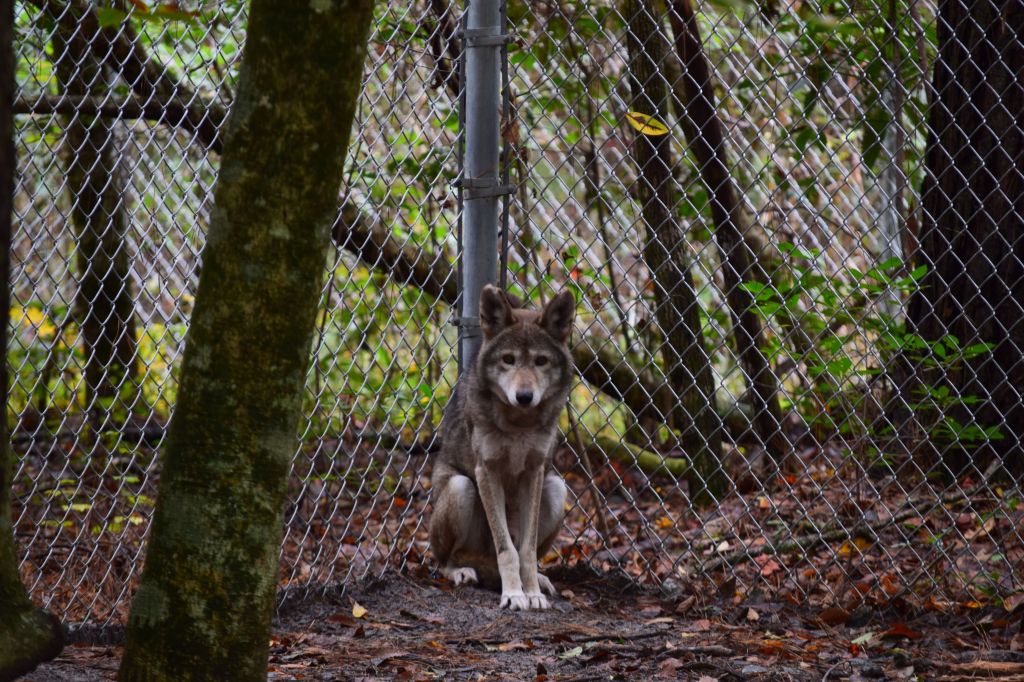 Catawba students studied the comeback of the red wolf.

Students from Catawba College recently had an opportunity to take a trip to Pocosin Lakes National Wildlife Refuge to learn about the Red Wolf reintroduction efforts.

The Red Wolf (Canis rufus) has been a unique species in conservation efforts. It is recognized as the first animal to be successfully reintroduced after being declared extinct in the wild. Knowledge gained with these efforts have been successfully used in efforts to save other species. While at the educational facility, the question “Can the Red Wolf be recovered in the landscape?” was posed to the group of students by Kim Wheeler, the Executive Director of the Red Wolf Coalition.

In preparation for the trip, Dr. Joe Poston, an associate professor of biology at Catawba, had his Conservation Biology class learn about Population Viability Analysis (PVA). This is a helpful tool used by conservationists to predict realistic viability for a population into the foreseeable future. Using this management technique, the U.S. Fish and Wildlife Service (FWS), as well as other conservation groups, can help ensure a population’s survival through their determined efforts. At the Pocosin Refuge, the Catawba students learned why these techniques are important, and why the wolves need to be protected.

Kim Wheeler explained how the PVA is used for the wolves. The PVA, along with extensive genetics mapping, determines which wolves get moved where, and also which wolves will get paired together to mate. Since all the Red Wolves originated from the few captured in the 1970s, the scientists must be careful not to pair individuals that are too closely related.

There has been a strong resistance to the Red Wolves being in North Carolina, yet they are protected. Currently the U.S. FWS is conducting an assessment on the species, looking at the issues of hybridization, gunshot mortality, taxonomy, as well as the human dimension.

Red Wolves once commonly resided throughout the east and southeastern United States, but were pushed to the brink of extinction by degradation of their habitat, as well as predator control programs. The Federal Government has protected the Red Wolves under the Endangered Species Act since 1967. By that time, their population numbers were already small. The last 17 wolves were captured in Louisiana, and taken to a facility in Washington State. Through successful breeding programs, there are over 200 in zoos, and around 50 have been reintroduced into the wild in northeastern North Carolina.

The first wolves were reintroduced into Alligator River National Wildlife Refuge in the late 1980s, as an experimental population. These eight wolves became established in the area. Two other experimental reintroduction sites were not as successful, and have since been abandoned.

Since the implementation of the Endangered Species Act there has never been a species that humans have given up efforts for their survival. If the Red Wolf reintroduction efforts are abandoned, a precedent will be set for giving up recovery efforts on an endangered species.

Schlaudt is a Catawba College student.