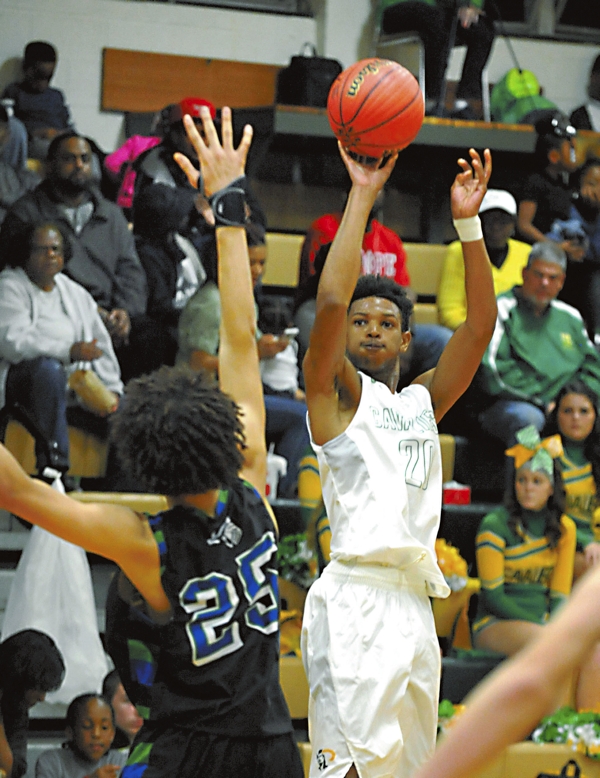 The 62-48 win against Davidson Day looked like it would be anything but a double-digit victory in the first half, before North shook off the cobwebs and found an effective scheme against Day’s 2-3 zone defense. The shots that weren’t falling in the first 16 minutes found their way into the basket and North suppressed Day’s Myles McGregor, who led all scorers with 24 points.

“I knew getting off the bus we weren’t really focused or ready to play,” North coach Andrew Mitchell said. “I challenged them and they challenged one another at halftime.”

Joseph Scott hit a pair of 3-pointers to start the second half and North never trailed again as it resumed a strong early-season stretch. Josh Handy offered a season-high 19 points to lead the Cavaliers in scoring. A 17-5 spurt to start the third quarter was the defining sequence of the win, one that Handy played a major role in.

“Coach Mitchell gave us some encouragement at halftime,” Handy said. “That got us pumped up.”

North junior Henderson Lentz provided energy off the bench in the second quarter, hitting a 3-pointer on his first possession on the floor, then grabbing a rebound and scoring on a drive to the hoop one trip later. Lentz made his season debut earlier in the week after recovering from an episode where he collapsed and went into cardiac arrest at a Catawba College basketball camp last summer.

A three-point play from Handy pushed North’s edge to 35-29 and Day was called for a technical foul moments later when a player slammed the ball on the floor. The Cavs (7-1) turned a one-point halftime deficit into a 15-point lead after the third period.

“We ran our 1-3-1 defense and got some steals and some momentum,” Handy said. “We pressed fullcourt, got some turnovers and really got going.”

Scott’s trey on the first possession of the second half gave North its first lead since 5-2. McGregor only scored a point during the third after netting 12 in the first half.

North struggled through a four-minute scoring drought in a first quarter that saw Jalen Sanders miss time with bloody lip. The Cavs trailed, 12-7, after one quarter.

Day (4-8) saw its biggest lead at 19-11 after a 3-pointer from Joe Hartman early in the second quarter. Handy’s three-point play cut the Cavs’ deficit to 24-23, which was the score at halftime.

“We needed to have some defensive discipline,” Mitchell said. “We had a tendency to reach and grab and we changed that in the second half. We saw a lot more energy from everyone after halftime.”

Scott had a big night with 17 points while Sanders offered a quiet seven points, well under his 20-plus points per game average.