An interview with Kevin Max of DC Talk 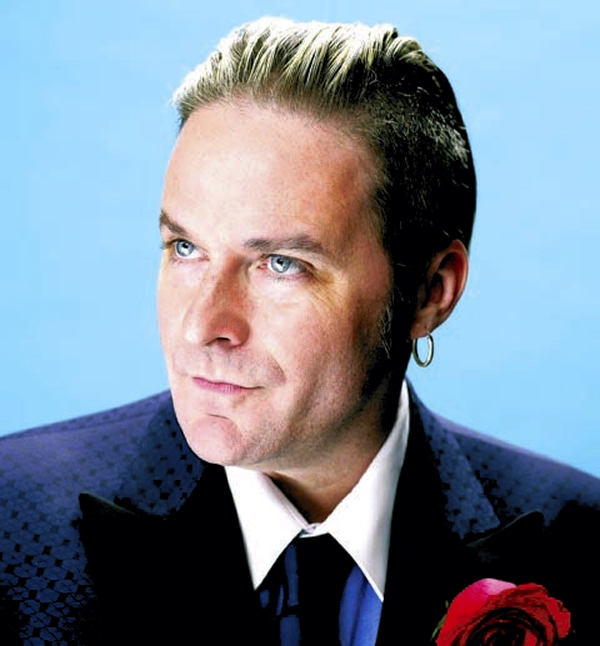 A limited number of tickets will be available at the door for $15, or $10 with a canned food donation for Rowan Helping Ministries.

Kevin Max, the four-time Grammy Award-winning member of the group DC Talk, is coming to Rockwell to celebrate the season and lend support to the work of two amazing organizations serving those in need in here in Rowan County as well as the needs of orphaned children of Haiti, the poorest country in the western hemisphere. Max will be performing an acoustic set of Christmas standards and non-Christmas fan favorites at Grace Bible Church in Rockwell on Saturday, Dec. 19th at 7:30 p.m.

Two-thirds of every dollar gathered through ticket sales for the performance, in addition to all canned goods collected that evening, will be donated to Rowan Helping Ministries and The Hands & Feet Project. It will be a unique opportunity to celebrate the sounds of the season with an award-winning performer in an intimate setting while, also, supporting those in need.

Kevin Max first gained notoriety as one-third of the legendary Christian music group DC Talk, along with TobyMac and Michael Tait (current lead singer of Newsboys). DC Talk set a new standard for Christian music with notable crossover success on The Billboard charts, multi platinum sales, and a strong live show that drew the attention of thousands of youth around the world. Since that time Max has sustained a prolific solo career during which he’s published multiple books, acted, and released several critically-acclaimed albums including this year’s BROKEN TEMPLES (a collection of new wave anthems about his personal spiritual life – March) and STARRY EYES SURPRISE (a collection of classic crooner-esque cover songs – October).

MR: The audience at the December 19th concert will likely recognize your voice from the Christian radio chart-topping song “Kings & Queens.” The video for that song was shot on location in Jacmel, Haiti with The Hands & Feet Project. What were your first impressions of Haiti and the work that The Hands & Feet Project is doing there?

KM: It was quite a spectacle. The first time we visited it was just a few months after the disaster so everything was a mess. I had never been to Haiti prior to the first trip, I’d been to the Caribbean and Trinidad but not Haiti. At that point it reminded me of something out of an apocalyptic novel. We created the video for “Kings & Queens” in tropical weather and by the beauty of the ocean but you couldn’t overlook the devastation and the sadness in the eyes of the people. The Hands & Feet Project are doing miraculous and meaningful work in the lives of children there. It’s like an oasis amidst a desert of despair and chaos. Now, it’s mellowed a bit and things are being reconstructed but it’s still a needy country.

KM: I create in the moment, so after BBROKEN TEMPLES I wanted to try my hand at something different. It’s actually a very natural progression for me to constantly change styles.

MR: Because of the arrangements you used and the manner in which you sang on your 2005 Christmas album HOLY NIGHT, it has a very timeless quality to it that holds up very well next to other Christmas staples in my family’s collection. Appropriately, it projects a very sacred, yet, mysterious and beautiful tone. Do you have any plans to do another Christmas album? If so, what direction do you think it will take stylistically?

KM: I’m not sure. Christmas music is not my favorite genre – unlike you. But if I had to I’d probably want to go back even further into the past then I did with HOLY NIGHT musically. Maybe medieval constructions or baroque. I also love GWregorian chanting.

MR: Speaking of Christmas music, what are some of your favorite Christmas songs? What do you gravitate toward around this time of the year in the Max home?

KM: My favorite Christmas songs are the older classics. My favorite singer from the genre is Nat King Cole. Hands down, he wins.

MR: You’ve had quite a career, so far, earning multiple Grammy and Dove Awards, selling millions of albums, traveling the world, acting, and writing. You even collaborated with your DC Talk bandmates Michael Tait and Toby Mac recently on a song for Toby’s newest album. What is next for Kevin Max?

KM: Space. I want to create space within and without music. I also want to be the first musician to make an album on The Moon. It feels like it would have the right textural compliments and sonic vibrations for my brand of ethereal pop.

The concert will be at Grace Bible Church, 6725 Highway 152 E in Rockwell. For details, email mrocks7@windstream.net