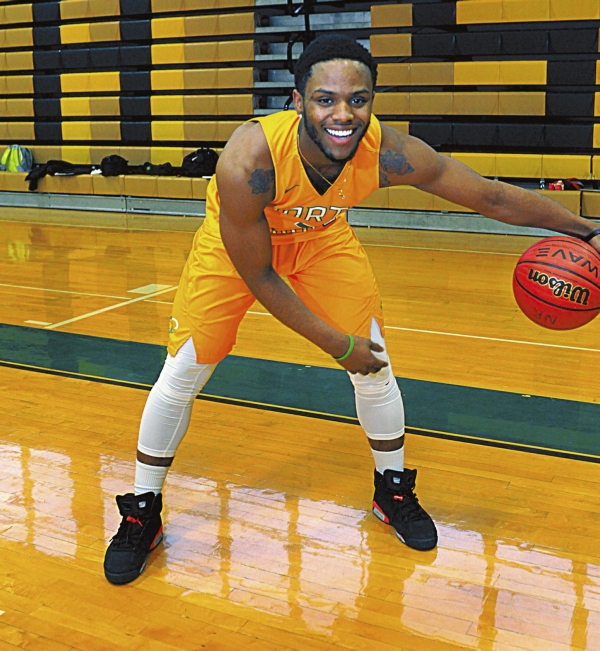 One of the compelling story lines of the 2015-16 prep basketball season is that the county’s two smallest schools have the county’s best boys basketball teams.
North Rowan and Salisbury both have the personnel and experience to make serious runs in 2A.
Their first meeting this season might come in the championship game of the Dale’s Sporting Goods Sam Moir Christmas Classic. Both could still be undefeated when (and if) that clash happens, as both have already beaten good 4A opponents on the road.
North has beaten Salisbury nine straight times the past three seasons, so it’s going to be interesting to see if new Salisbury coach Bryan Withers, can change that dynamic. Andrew Mitchell, who has averaged 24 wins in his five seasons at North, is still the captain of the Cavaliers’ ship, and he still has guard Jalen Sanders, who has a chance to challenge the school scoring record. James Henderson’s 1,654 points has been the standard in Spencer since 1972.
While they have the potential to emerge as state-title contenders, North and Salisbury won’t have an easy time winning the 2A Central Carolina Conference.
Lexington is always very good. West Davidson has a veteran group. Thomasville and East Davidson appear to be much improved.

CCC boys prediction: 1. North Rowan, 2. Salisbury, 3. Lexington, 4. West Davidson, 5. Thomasville, 6. East Davidson.
•••
As far as the CCC girls, 6-foot-2 Appalachian State signee Bayley Plummer is still in uniform at East Davidson, so the Golden Eagles are the favorite.
But North will contend for the CCC title if coach Brian Lytton’s first five can stay healthy. High-flying Aliyah Farmer has made a transition from good player to great player and will lead the way. She should be in the mix for county player of the year.
Salisbury’s girls will be another positive story. These aren’t the Hornets of five years ago, but they’re getting better under coach Lakai Brice, and they’ll quite a few. Junior Tyzarea Alexander is burying mid-range jumpers and may be the county’s most improved player. The Hornets improved to 5-1 on Monday.

CCC girls prediction: 1. East Davidson, 2. North Rowan, 3. Salisbury, 4. Thomasville, 5. Lexington, 6. West Davidson
•••
In the 3A South Piedmont Conference, the Cabarrus boys programs are loaded. They’re bigger, deeper, more experienced and more talented than their Rowan counterparts. In a 10-team league, it’s very possible that the four Rowan schools will finish 7-8-9-10.
Concord, Cox Mill, Robinson and Central Cabarrus have sure-fire Division I players.
Cox Mill freshman Wendell Moore is rated by some as the nation’s best player in the Class of 2019. Robinson junior Lavar Batts Jr. might be the state’s best in the Class of 2017. Concord soph Rechon Black, a 6-foot-6 point guard, may be the state’s best in the Class of 2018. Central Cabarrus senior Kyran McClure will play at Navy.
Hickory Ridge may not have a superstar, but it still could be as good as anyone, and has already beaten Concord.
Northwest Cabarrus looks vastly improved.
Two sons of former coaches in the county are key players now for Cabarrus schools.
Jordan McKenzie, whose father, Greg, coached East Rowan to some of the best seasons in school history, is a standout player for Robinson. Jamie Baker, whose son, Jim, coached Catawba to many championships, has developed into a fine player for Northwest.
West Rowan coach Mike Gurley has a fine post man in sophomore Caleb Mauldin and may have the best chance to compete with the Cabarrus powerhouses. Carson has some talent, but the Cougars probably are too young to make any noise this year. The injury to Naquis Caldwell (knee, 4 to 6 weeks) made a tall task for new East Rowan coach Kurt Misenheimer even more difficult. South Rowan might have a chance in some leagues, but it’s a going to be a challenging year for new coach Andre McCain in the SPC.
It will be a fun race to watch. Any of the top four could prevail. It will be marathon, with everyone playing 18 league games.

SPC boys prediction: 1. Robinson, 2. Concord, 3. Cox Mill, 4. Hickory Ridge, 5. Central Cabarrus, 6. NW Cabarrus. 7. West Rowan, 8. Carson, 9. East Rowan, 10. South Rowan
•••
As far as the SPC girls, the addition of Egypt Alexander, a finisher inside, makes West a formidable team because the Falcons still have the veteran backcourt of Khaila Hall and Taylor Martin.
At Carson, the addition of smooth freshman McKenzie Gadson gives the Cougars a second scorer (they still have Olivia Gabriel) and a chance to be one of the league’s top teams.
East has three experienced guards and two strong rebounders, and there’s no reason for the Mustangs not to finish in the top tier of the league.
South was wiped out by graduation, but new coach John Davis has an exciting freshman in Janiya Downs and should get some wins.
Hickory Ridge is the overwhelming league favorite and is talented enough to run the table. Carson, West and East should be as good as anyone else.

SPC girls prediction: 1. Hickory Ridge, 2. West Rowan, 3. Carson, 4. East Rowan, 5. Central Cabarrus, 6. Cox Mill, 7. Robinson, 8. Concord, 9. South Rowan, 10. NW Cabarrus
•••
Coach Shelwyn Klutz is back for his 19th season at A.L. Brown. The quick Wonders should reach double-digit wins, but they’re very undersized to be competing in the MECKA.
Coach Mike Absher is back for his 14th season at Davie. He’s got his best squad in several years, and the War Eagles, led by talented guard Cooper Wall, will be fun to watch in the Christmas tournament.
Davie’s girls are solid, and 6-foot-1 junior post player Ashlyn Hampton is a Campbell commit. Davie handed Carson a loss early and will be a threat in the Christmas tournament.
A.L. Brown’s girls have won two early games and they’ll log their share of victories for new coach Lamont Johnson.