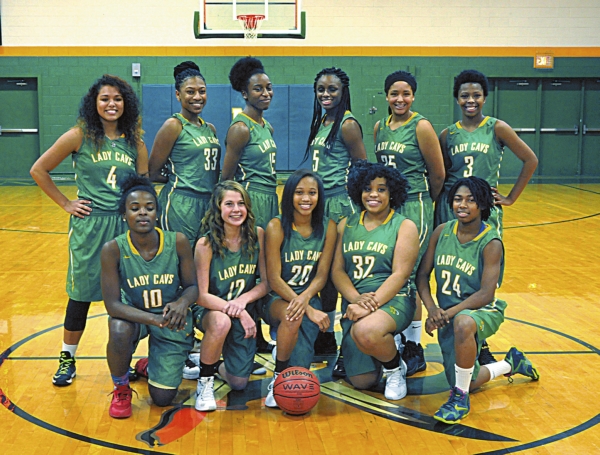 SPENCER — High expectations are a pre-requisite to high achievement — and North Rowan’s girls are swinging for the fences.
“The potential is there,” fourth-year coach Brian Lytton indicated, “for us to go all the way.”
Those are weighty words for a team that went 14-7 overall, placed second in the CCC, reached the second round of the 2A state playoffs and was runner-up in the Sam Moir Christmas Tournament a year ago. But Lytton believes the Cavs’ hyperkinetic style will carry them deeper into the postseason this year.
“We knew we had a good team last year and felt confident we could win,” Lytton said. “This year we’ve got a great chance to win the conference and go deep (in the playoffs). It’ll be us and East Davidson again, but there are other teams who could knock us both off if we’re not careful.”
North returns six players, including starters Aliyah Farmer, Special Washington and Brianna White. Farmer is a 5-foot-9 senior who has made a seamless transition from forward to guard. A fourth-year letterman, she averaged 12.2 points per game last winter and put up a career-best 26 in a late-November non-conference game against Lake Norman Charter.
“With her ball-handling and shooting, she could play in college,” Lytton gushed.
Washington is a 5-8 point guard and four-year starter who continues to improve. She contributed 10.9 ppg last season. “Yeah, but her best year was her freshman season,” said Lytton. “We all want to see her go out with a bang.”
White, a 5-10 junior forward, is North’s vertical threat. She runs, jumps, rebounds and scores. “I think she’s going to have a breakout season,” Lytton said. “She’s one to watch.”
So is Tre Allen, another senior guard and four-year letterman. Don’t let her 5-3 stature fool you — she’s the defensive ballhawk who will jump-start North’s fast break.
“No one works harder,” Lytton said. “She’ll be the first one to take a charge. Every team needs a Tre Allen.”
Other names on that list include juniors Payton Russell and Aundrea Godfrey. Russell is the point guard who set a state record in the 400 meters last spring, and she’s recovered from an early-season injury. Godfrey is a California transplant with a prize-winning pedigree — her father is Catawba Hall of Famer Andre Godfrey.
“It’s a good group,” Lytton said of his guard-heavy roster. “We’re not the biggest, but we may be the best team in the county.”

Aliyah Farmer, senior guard: Moved from forward to fortify North’s backcourt and showcase her ball-handling skills for college recruiters. She’s fast the way a sneeze is fast and will get more scoring chances a year after finishing 10th in the county scoring race.
Special Washington, senior guard: Extremely coachable with a knack for finding open teammates. Contributes with the ball and without it. Lytton believes she can play on the next level.
Tre Allen, senior guard:A part-time starter for the past three years, it is her time to blossom. Lytton calls her “a monster” on defense. No one gets more miles-per-gallon than Allen.