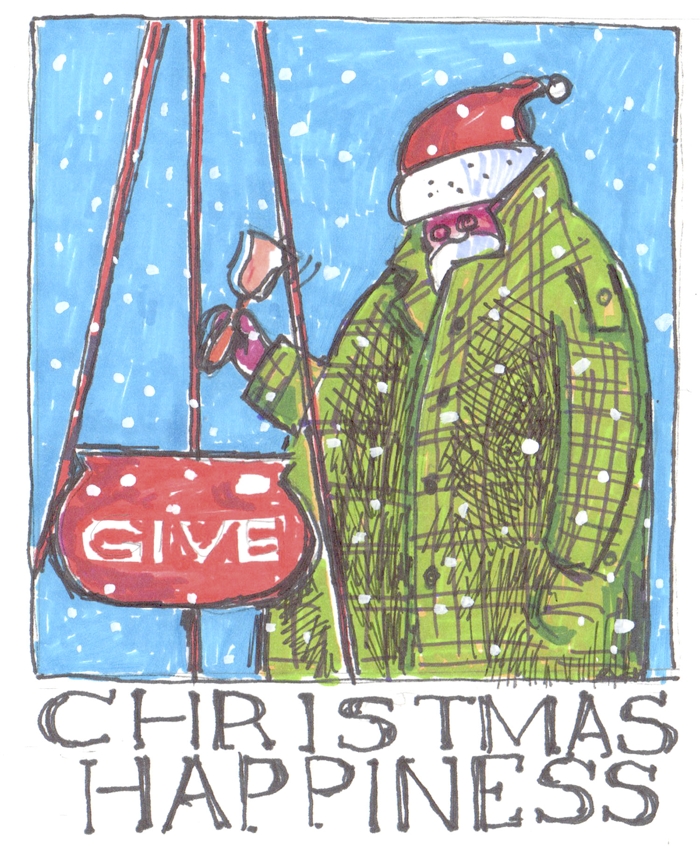 Each year, members of the Andrew Jackson Masonic Lodge 576 sell their famous brunswick stew by the gallons, but at the conclusion of the massive undertaking the lodge raises enough money to support 15 local and regional charitable causes. The Christmas Happiness Fund has been a recipient of such donations for over a decade.

The lodge gave in memory of its brothers who have died and included a snippet of a special prayer for those who have “passed to that house not made with hands, eternal in the heavens,” said treasurer Monte Bruce.

Bruce said funds from sale of the stew are distributed to local worthy organizations at the direction of the Lodge Master Todd Hildebran.

The group gives to the Rowan County United Way, the Arc of Rowan, Family Crisis Council of Rowan, the Boy Scouts, Rowan Helping Ministries, Meals on Wheels, the Salvation Army, and a masonic scholarship fund, to name a few.

As to why they give to the Christmas Happiness Fund, Bruce said, “that’s what masonry is all about.”

The Salisbury Post collects the contributions while the Salvation Army of Rowan County distributes the donations to the Christmas Happiness Fund. Families who qualify receive a voucher for each eligible child. Contributions will be collected through Christmas Day.