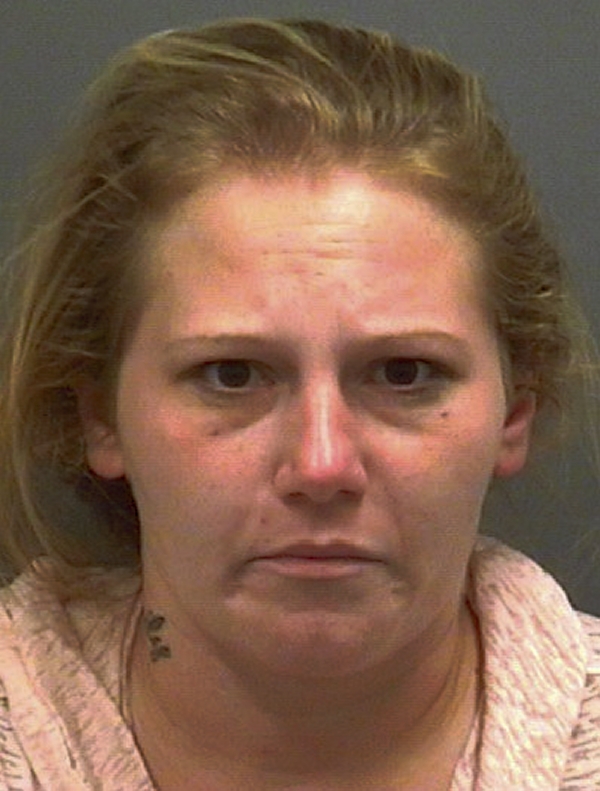 A Salisbury woman was convicted of misdemeanor animal cruelty and sentenced to probation Thursday after she duct-taped her dog’s mouth closed in a Sept. 28 incident.

In what Judge Kevin Eddinger called “a callous act” Kimberly Anne Howell, 25, wrapped a length of duct tape around her dog’s mouth on Sept. 28 and posted the photos to Facebook. The photos were accompanied by a comment:

“I warned her. I told her I was going to teach her not to bite the baby again, even play-biting, LOL. She’s so pitiful I can’t even make her keep it on for five minutes, LOL. She jumped up on me and was like, but please Mama.”

Howell was emotional as she took the stand Thursday, her voice breaking and tearing up as she spoke. Howell stated to the court that she never meant to hurt her dog, a one year-old mix named Leah, but thought that it was “a joke.”

“It was all supposed to be a joke,” she said.

The three photos posted to the social media site generated negative and what Howell’s boyfriend described to the court as threatening comments. Howell said she took the posts down almost immediately, and a few hours later posted photos of Leah to show that the dog suffered no harm.

Detective R.C. Barkley with the Rowan County Sheriff’s Office investigated the case and took out a warrant on Howell for misdemeanor animal cruelty. Barkley told the court that Howell told him during his investigation that Leah pawed at her nose and at Howell while the duct tape was on, and lay on the ground.

Howell still had the photos from the incident on her cellphone when Barkley spoke with her.

Barkley says he asked Howell why she would feel it necessary to wrap duct tape around the dog’s muzzle — whether she bit, or barked, or was aggressive. Barkley stated that Howell told him Leah did none of those things.

“She just thought it would be funny,” Barkley said, “She gave no reason other than that.”

In court, Howell testified that Leah was fond of play biting, but that she often bit a little hard. On Sept. 28, Howell said, Leah was play biting with her and then reached around to nip at Howell’s seven month-old daughter.

The witness statement that Howell signed stated that she “thought it would be funny” to wrap her dog’s mouth with duct tape, but Howell said that is not how she meant it. The statement was written by Barkley.

“I don’t think actual duct tape around a dog’s mouth is funny at all,” Howell said, “because a dog can’t speak for itself. So I don’t believe in animal abuse.”

To be convicted of misdemeanor animal cruelty the state had to prove intent and torment — defined as unjustifiable pain, suffering or death.

Howell stated that duct tape around a dog’s mouth would be animal abuse if left on there and the dog’s face was disfigured. Leah’s muzzle suffered no damage, no bald patches or loss of hair, and the tape was removed as soon as the photos were posted to Facebook.

Barkley expressed concern that the dog was unable to pant and therefore unable to regulate its body temperature.

“I’d classify that as some form of torment,” Barkley told the court.

Howell stated that the duct tape did not cover Leah’s nostrils, and that the dog was able to stick her tongue out of her mouth.

After the tape was removed the dog reportedly returned to her normal, loving, hyperactive state. Barkley reported that the dog appeared well cared for and happy when he visited the home, and did not shy away from people.

Since the incident Howell stated that she has not been on Facebook due to threatening comments she received. Her boyfriend stated to the court that Howell has received threatening phone calls and letters.

“I realize it was stupid now,” Howell said.

Animal control found no reason to remove the dog at the time of the incident, as Leah appeared to be well fed, healthy, and not suffering any physical or apparent psychological harm.

Judge Eddinger found that there was evidence to convict Howell of misdemeanor animal cruelty.

“Had the animal been injured I would seriously consider incarceration.” Eddinger said.

In lieu of a 45 day jail sentence, Howell received 18 months supervised probation with warrantless inspection by an animal control officer, a $100 fine and 36 hours of community service — preferably at the county animal shelter, Eddinger said.