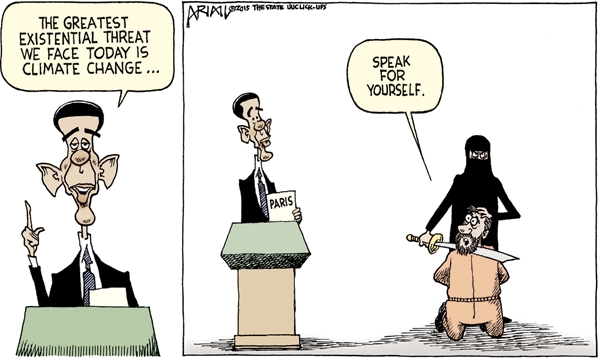 … Marshall Brady: The downside of technology in the classroom

It also assumes that all families have Internet at home so kids can do homework, assumes that families can afford the deposits for the computers and assumes teachers will actually teach rather than having the kids learn everything online.

I agree with you, Marshall! We have a lot of the same problems here in Mooresville. I miss books and paper and pencil!

Another non-expert who has nostalgia for some long lost era. Times change and RSS has a choice to keep up or lag behind. Do we want students to learn how to use technology, an essential skill in all modern workplaces, or do we want them to be thrown into it after graduation? One of the things students learn in school that they don’t elsewhere is being mindful of their digital imprint, understanding how to be appropriate on the web. Otherwise, they will come through childhood thinking that technology is only for posting selfies.

In your study by Pam Mueller and Daniel Oppenheimer, the sample size of the students was 67, really low. Also, as a media specialist for RSS, I can attest that technology isn’t the goal for our classrooms — literacy is. If teachers are being “pushed” to do anything, it is to do problem-based learning, having students solve real world problems rather than listen to lectures and take notes.

Marshall, I don’t agree with your perspective. In fact, I’m thrilled with my paperless classroom. However, I appreciate your succinct and eloquently stated point of view.

Marshall Brady does an excellent job of representing some of the pros and cons of the new technology in the Rowan Salisbury School System. It may be difficult and expensive, but students would benefit in the classroom, if the district could block computer distractions such as games and online chatting. …

Brady’s article doesn’t demonstrate “nostalgia for some long lost era” (which also doesn’t seem to fit for a senior in high school), but rather a broader view of how to improve the utilization of the new technology to better serve the students. Interesting point of view that deserves consideration.

… Letter: Reading program not such a hit

I totally agree with Daniel Troutman’s article and Matthew Brady’s on technology. It’s time we start listening to what students, parents and teachers are saying and feeling!

I agree with the last line of the column. President Obama has not been good for the country, but he was what the people wanted. I strongly believe that Trump would be worse and even more embarrassing.

Well, so Leonard Pitts doesn’t care for Trump. That alone inclines me to vote for Trump. Lennie, as I called him mockfectionally, is a reliable indicator. Go the reverse of him and you’ll be fine. He even thinks Obama is a good president, and he’s the worst in history.

Brian will do a fantastic job. Salisbury is fortunate.

Mister Stallings seems well qualified, and I congratulate him. My comment is about the payment to Mr. Collins for “consulting” during the first six months of his “retirement.” First the math – does Collins make $196,000 annually and thus receive $98,000 for half a year, or does he make $98,000 and receive $49,000 for half a year? Or will he get a year’s pay for a half year of “consulting?” In any case, it’s a nice chunk of taxpayer change. Does the city set any limit to how long an employee can receive his or her salary after walking away from the job? If rebranding is on the city’s agenda, I suggest this new slogan: Salisbury – City of Golden Exits. No charge for that.

It was my son, Jalen Brown, that was saved and today because of Nottingham and the other individuals, my son turned 18 years old. … I would love to meet her, and thank her in person for saving my son’s life.

My niece wanted no recognition from this. As she said, she was just doing her job and everyone that was involved helped. The reason for the (story) is to bring awareness that every school needs an AED (defibrillator).

The state of N.C. should fully fund the position of certified athletic trainer at every middle and high school that fields competitive athletic teams. Expensive? Yes. Worth it? Absolutely.

I’m excited to hear about the “previously presented and affordable programs” that will replace Obamacare! Details?

Perhaps I’m a natural cynic, but simply because an insurance company representative told you the company cannot afford to continue to participate is not, in my view, a reason to believe any blame they choose to lay anywhere. Since people were priced out of the insurance coverage long before the Affordable Care Act, I am suspicious of their so-called reason.

… Al Wilson’s crew went above and beyond for St. Luke’s renovation

Al and his crew did an incredible job at St Luke’s using all local talent. The amount of love and attention to detail his crew gave was wonderful to behold.

… Editorial: An era ends for Salisbury

“Salisbury City Council loses nearly four decades of experience as Mayor Paul Woodson and Councilman Pete Kennedy step down this week.” I think it’s great that folks are willing to serve. However, don’t you think that it is past time that term limits are put into place and others are allowed to serve? Twenty years is way too long.

Maybe the new council can begin by placing term limits on the new and following councils.

Gerald, I have known you a few years, cannot remember exactly, but certainly way over 30 years. You are a true gentleman. I remember some of the words of wisdom over the years. Stay well my friend, you have 10 years on me.

What a wonderful story! More folks, especially the younger set, should take pride in their jobs like these gentlemen do!

Gerald, you are one of the best. I’ve enjoyed working with you for the 28 years that we have together. Congratulations.

Gary is a true inspiration to all of us. In the past 15 months since his diagnosis he has missed very few Sundays at our church. He has always been there for us. My family will never forget how he was by our side 3 years ago when our daughter was critically ill. He is a very special person!

If ever a man gets to heaven, Pastor Weant will. He is such an inspiration to everyone. I am so sorry he has to endure this dreaded, dreadful disease, but his faith carries him from day to day. I pray God will ease his body of the pain and strengthen his soul.

Wonderful inspiration! Pastor Weant, I think it would be OK to leave in the word “da-n.” Luther would have probably used it, too.

“You got to give the people what they want.” O’Jays Even by his standards, it was an astounding performance. Over... read more