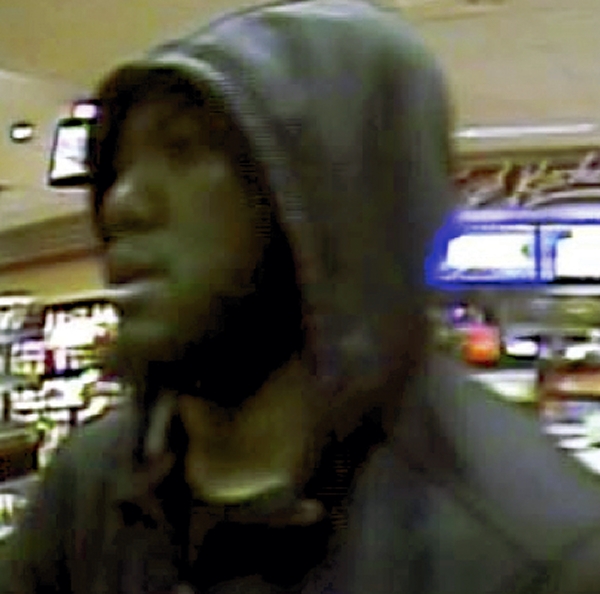 Authorities released this video surveillance image of a man believed to have been involved in a number of business break-ins and thefts.

Rowan County authorities are looking for two men wanted in a multi-state theft ring that stemmed from incidents that occurred in November.

On Nov. 11, the Rowan County Sheriff’s Office began investigating the larceny of a $3,200 enclosed utility trailer from Faith Farm and Equipment, located on West Ritchie Road, in Salisbury. Authorities say around 12:30 a.m., someone in a white U-Haul pick-up truck rammed the gate of the business, hooked up to the utility trailer, and quickly left.

The incident was caught on video surveillance. All efforts to locate a white U-Haul truck in the surrounding areas of Rowan County were unsuccessful.

On Nov. 18,  the stolen trailer was located in Snellville, Ga., and was still being pulled by the white U-Haul truck. Officers in Georgia attempted to perform a vehicle stop on the truck after a lawn mower business there in Georgia was broken into, a press release said.

The driver fled from the officer, eventually crashed the truck, and ran away on foot. Surveillance video from a store near the business obtained an image of the suspect entering the store after parking the truck with the stolen trailer in the parking lot.

According to Conyers Police, two males were seen Nov. 18 cutting a fence to a business, Ag Pro, where they took three lawn tractors. After driving from the business, the men stopped at Quik Trip convenience store,

Nine Rockwell area residents reported their vehicles broken into between Monday night and Tuesday morning. According to the report, a total of... read more