Bayada float in a league of its own 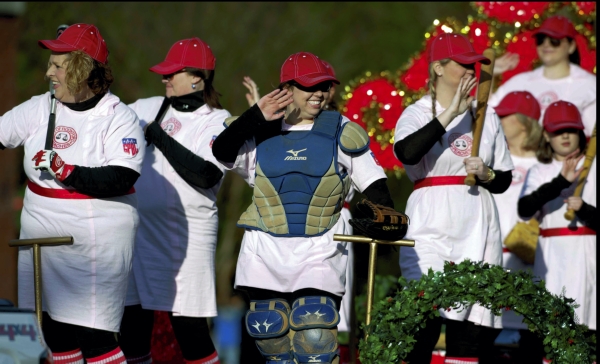 Bayada Nursing staff members depicted 'A League of Their Own' in the Nov. 25 Holiday Caravan and won the top prize. Jon C. Lakey/Salisbury Post

You could say Bayada Home Health Care hit it out of the park during the Holiday Caravan parade.

Bayada won the award for the most outstanding unit in last week’s parade with its portrayal of “A League of Their Own.” The 1992 movie was about a World War II-era women’s baseball team.

Bayada staff members wore baseball caps and uniforms, shouldered bats and sported other equipment — and even had a male coach.

They won the Carl E. Weinbrunn Award, named for the man who came up with the new name for the Rowan County Christmas Parade in 1963 — Holiday Caravan.

Other categories and winners were: