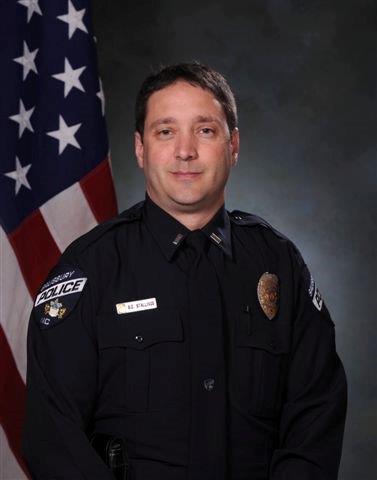 Collins, however, could be paid his salary — a total of $98,000 per year — for six months after his retirement date. Added to Stallings’ interim salary — the equivalent of $80,000 annually — the city would shell out $178,000 if both men remain on the city’s payroll for one year.

Until the end of the fiscal year — June 30 — or the state retirement system approval of Collins’ retirement, Collins will serve in an advisory capacity to the Salisbury Police Department, according to the announcement. During that time, the city will pay the salaries of both Stallings and Collins. When Salisbury announced Collins’ retirement in November, the city said he would no longer be police chief after Dec. 31.

When he announced his retirement in an email to the Salisbury Police Department, Collins said he was leaving as chief because “The time is right to begin that next chapter of my life.” Initially, collins was expected to leave the police chief position sooner than Dec. 31.

In a news release, Salisbury City Manager Lane Bailey said he appreciates Stallings’ willingness to serve during the transition from Collins to a permanent chief.

“I am honored to name Capt. Stallings as the interim police chief for the City of Salisbury until a permanent replacement is named in late spring or early summer 2016,” Bailey said. “I have had an opportunity to work with Capt. Stallings, and during that time he impressed me with his knowledge of the police department and law enforcement in general.”

Stallings has a degree from Pfeiffer University in criminal justice and sociology. He also has a master’s degree in business administration from Pfeiffer. Stallings also has an Advanced Law Enforcement Certification from the North Carolina Justice Training and Standards Commission, and was previously named the SPD’s “Veteran Officer of the Year.”

Stallings, a native of Richfield, began his law enforcement career in the Salisbury Police Department in 1996 as a patrol officer. During his time, Stallings has also served as a victim’s advocate, an investigator, police sergeant overseeing general investigations and as a lieutenant directing the criminal investigations division.

In 2014, he was promoted to his current rank and position.

Editor’s note: This article has been updated to clarify that Collins is only expected to remain on the city’s payroll until June 30, at the latest.

CHINA GROVE — Don Bringle will always be the town’s mayor. In a speech during China Grove’s town council meeting on... read more