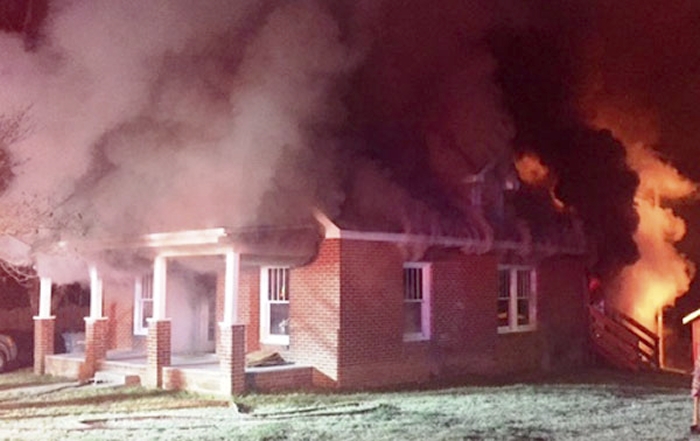 Kannapolis Fire Department Fire, smoke and heat seriously damaged this home on Irene Avenue in Kannapolis early Tuesday. The smell of smoke woke the occupants, who got out of the home safely.

KANNAPOLIS – Shortly after 4 a.m. today,  Kannapolis Fire was alerted  to a reported structure fire in a home on Irene Avenue.

Family members awakened to the smell of smoke and began immediately evacuating. Crews arrived to find heavy fire showing from the rear of a two-story home.

The occupants were confirmed to be safely outside as crews began an attack on the fire. Although a quick knock down on the bulk of the fire was achieved, the house sustained significant smoke and heat damage.

Both Concord and Landis fire departments assisted at the fire while Cabarrus County EMS assisted on scene with medical monitoring of fire personnel. No injuries were reported.

The American Red Cross was on scene to assist the occupants with temporary housing as they were displaced from the fire.

At this time, the Kannapolis Fire Risk Reduction Division, in conjunction with Kannapolis Police, is continuing the investigation.